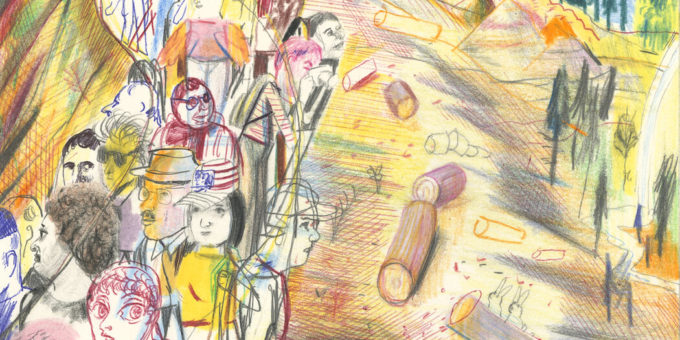 Rationing access can’t help but push visitors elsewhere. Arches National Park, in Utah, has closed its gates entirely when things get particularly busy, stoking frustration among sightseers who arrive too late in the day to get in. Megan Lawson of Headwaters Economics points out that a family shut out of Arches is naturally going to scramble to find a nearby alternative. “They’re going to use Google and find another destination,” she said, “so we need to anticipate those pressures on surrounding public lands.”

The simplest way to ensure the preserves that absorb those visitors are prepared for the influx is to identify the national monuments closest to the most crowded Park Service sites and reclassify them, thus giving road trippers intent on visiting a national park another appealing option when they realize their initial destination is too busy.

How many of the six million annual Grand Canyon visitors might be enticed to go to Arizona’s similarly majestic Canyon de Chelly if it were a national park rather than a national monument? How many of the hundreds of thousands of eager hikers packing into Zion every month might take a chance on Cedar Breaks instead, especially given its crimson-striped cliffs and bristlecone forests are a mere hour’s drive further into the Utah desert?

Of course, many Westerners will shudder at the notion of under-the-radar gems like Craters of the Moon and the Valles Caldera becoming the next Bryce Canyon or Badlands. Mr. Jenkins, the superintendent of Grand Teton, says the Park Service is constantly having internal debates about the tricky business of alleviating crowding at some sites without overwhelming others.

“Is it better,” he wondered, “to have more people go to some places that are hardened, where we create and manage the capacity to be able to host them and accept the consequences of doing that?”

In some ways it’s a moot question, since many national parks have already reached their limits, leaving less developed public lands vulnerable. Because Grand Teton can’t accommodate everyone who wants to stay there overnight, rangers from the surrounding Bridger-Teton National Forest have been scrambling to respond to the campers who want to pitch tents there instead despite the area not having a comparable amount of tourist infrastructure.

National monuments, then, represent an appealing in-between alternative: already “hardened” sites that many outdoors-minded travelers have never heard of that can still offer an experience every bit as memorable as a brand name park. Neither New River Gorge in West Virginia nor White Sands in New Mexico received additional funding when they were redesignated as national parks, yet officials at both sites say they haven’t had trouble handling the tens of thousands of new visitors they’ve seen this summer.

Alberta’s economic decline will be the ‘most severe’ the province has ever seen: RBC
2020-03-26