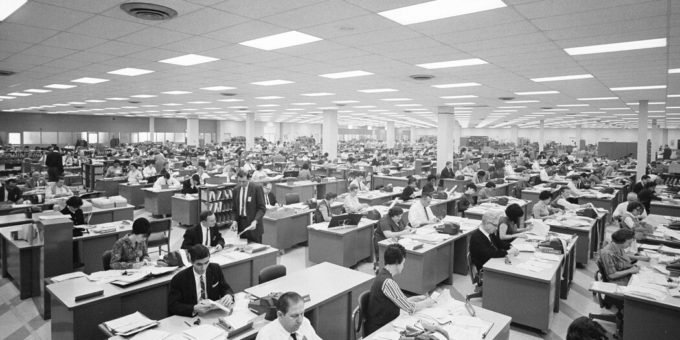 Six hundred billion dollars per year, and growing: That is two-thirds of total nondefense discretionary spending by the federal government, about what is spent on defense operations, military personnel and procurement, and more than mandatory federal expenditures on Medicaid. It’s also approximately how much unpaid taxes cost the U.S. government. This must change, and it can.

The five of us served as Treasury secretary under three presidents, both Republican and Democrat, representing 17 years of experience at the helm of the department. While we are not in agreement on many areas of tax policy, we believe in the importance of strengthening the tax system to do more to collect legally owed but uncollected taxes — which, left unaddressed, could total $7 trillion over the next decade. We are convinced by the strength of our experiences that more can be done to pursue evasion in the ways outlined by President Biden’s recent proposal to increase the resources and information available to the I.R.S.

Over the past 25 years, I.R.S. resources have been steadily cut, with the ratio of enforcement funding to returns filed falling by around 50 percent. Today, the I.R.S. has fewer auditors than at any time since World War II. Faced with resource constraints, it is no surprise that the agency is not able to appropriately focus scrutiny on complex returns, where noncompliance is greatest. Of about four million partnership returns filed in 2018, the I.R.S. audited only 140 of them. It did not pursue 300 high-income taxpayers who together cost the agency $10 billion in unpaid taxes over a three-year period when they failed to even file returns. And audit rates of those in the top 1 percent have fallen most staggeringly over the course of the past decade, such that rural counties in the Deep South have some of the highest rates of examination in the country.

The proposal also calls for increasing the information the I.R.S. has at its disposal. When income can be verified by third-party reports — like wages, salaries, pension and unemployment income — misreporting rates are under 5 percent. But misreporting exceeds 50 percent for certain types of business income, like rental and proprietorship income. The current tax system thus benefits certain high earners who accrue most of their income from sources where misreporting is common.

We are convinced that better information-reporting requirements can be designed that will permit significant increases in revenue collection without imposing any burden at all on taxpayers and imposing no significant increase in regulatory burdens across the economy. Relying on financial institutions to relay some basic information about account holders is a sensible way forward. With better information for the I.R.S., voluntary compliance will rise through deterrence as potential tax evaders realize there is a risk to evasion.

The Treasury’s Office of Tax Analysis estimates that these initiatives will generate $700 billion over the 10-year budget window. But this proposal, if anything, is modest. Former I.R.S. Commissioner Charles Rossotti, who served under Presidents Bill Clinton and George W. Bush, and Fred Forman, an experienced technology executive and former I.R.S. associate commissioner for modernization, estimate $1.6 trillion could be collected within a decade from efforts to close the gap between taxes owed and collected. This is because they include, for example, modernizing outdated technological systems and improving taxpayer experiences with the I.R.S. — elements of the administration’s proposal whose revenue impact is not accounted for.

Rightly, the Biden approach recognizes that compliance can be improved by making it easier for taxpayers to avoid honest errors, by the I.R.S.’s being able to pick up the phone when taxpayers call with questions and by increasing oversight of tax preparers to ensure their competency.

We know firsthand the challenge dedicated I.R.S. employees face each day as they work to administer tax laws while hamstrung by inadequate funding and support. Reasonable people can disagree on the magnitude of particular tax rate increases. But on this issue, all should agree, including members of Congress of both parties: Giving the I.R.S. the tools it needs to improve compliance will raise significant revenue and create a fairer, more efficient system of tax administration.

The Times is committed to publishing a diversity of letters to the editor. We’d like to hear what you think about this or any of our articles. Here are some tips. And here’s our email: letters@nytimes.com.

Did You Know? Kate Middletons Favourite Dessert Is This Gooey Winter Treat
2021-10-26