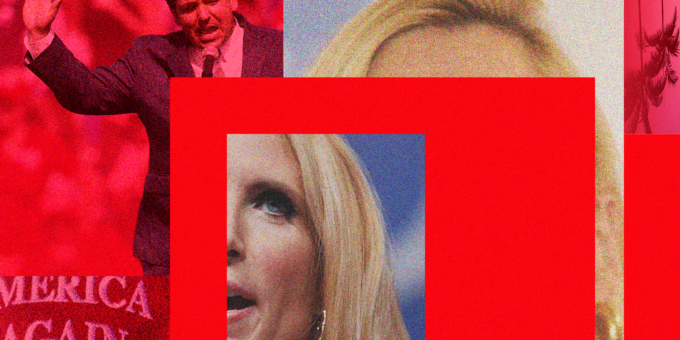 But Ms. Coulter is eager to fan the flames. “Trump is demanding to know Ron DeSantis’s booster status, and I can now reveal it,” she tweeted about the kerfuffle. “He was a loyal booster when Trump ran in 2016, but then he learned our president was a liar and con man whose grift was permanent.”

Ms. Coulter, it seems, has found a shiny new leader with whom to antagonize her former hero. “For months now, Trump’s been playing the aging silent film star Norma Desmond in ‘Sunset Boulevard’ to DeSantis’ younger, prettier Betty Schaefer,” she wrote in her column Wednesday, which closed with this punch to the throat: “Give voters a populist conservative who’s not a con man and a liar and they’ll be ‘Republicans’ again. No wonder Trump hates DeSantis.”

In her email, Ms. Coulter got even more personal. “DeSantis is better than Trump, for many, many reasons, including: He won’t bring Jared and Ivanka into the White House.” She also expressed confidence that Mr. DeSantis can handle Mr. Trump. “He’s mostly just ignoring the 11-year-old. Unlike Trump, DeSantis has a day job.”

Having split with Mr. Trump, Ms. Coulter has an obvious interest in pushing the line that he is a washed-up relic. That said, the gal has a track record for sensing — and exploiting — political vulnerabilities.

She is also just one tiny piece of a bigger predicament the G.O.P. is facing. Every whisper of discord between Mr. Trump and other Republican leaders is going to be devoured — and amplified — by a political class still obsessed with the former president and his influence.

There are plenty of reasons for this. Many Trump critics are panting to see the ex-president’s acolytes and enablers, like Mr. DeSantis, pay a price for snuggling up to him for so long.

Old-school Republicans are hoping that the party’s up-and-comers will start putting some distance between themselves and the chaos of the Trump era, a necessary step toward rescuing the G.O.P. from its MAGA quagmire.

Why an OnlyFans creator could go to jail for posting nudes