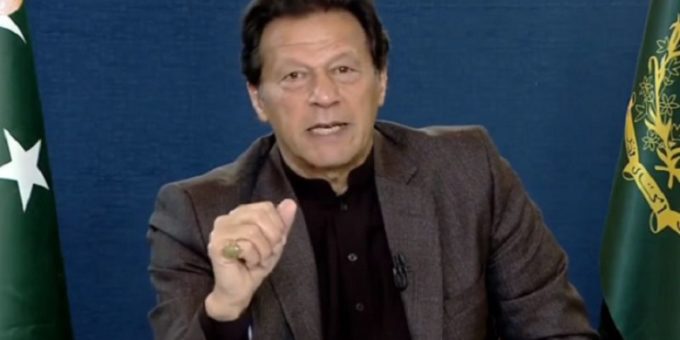 Prime Minister Imran Khan on Sunday said the government will take measures to provide relief to the salaried class as it was the only one facing a financial crunch amid record inflation.

During a live question-answer session with the public via telephone, the premier said inflation was a global issue as due to Covid-19, developed countries like the US and Canada as well were facing high inflation.

According to Imran, in Pakistan, things were not as bad as the rest of the world. He said due to a boom in the agri and construction sectors, the income of people linked to these industries rose significantly.

There was a 73 per cent increase in the income of the farmers, he said, adding that the farmers earned additional profits to the tune of Rs1400 billion.

He said the skilled labour employed by the industries witnessed 40 per cent increase in their income. According to the PM, the construction sector also recorded unprecedented growth that resulted in higher wages for the labourers as well.

The corporate sector also registered record growth, the premier said, adding that he will ask them to raise the salaries of their employees amid such high profits.

On Feb 1 last year, the PM for the first time addressed the public’s concerns via live telephone calls.

During a similar session in April last year, the prime minister received flak for making insensitive remarks regarding rape cases in Pakistan.

In the interactive session with the public, a caller inquired the premier about the steps his government plans on taking to tackle the rise in the cases of sexual violence.

Sahil Anand admits that he was diagnosed with COVID-19, reveals the reason why he kept it hidden : Bollywood News
2020-10-20