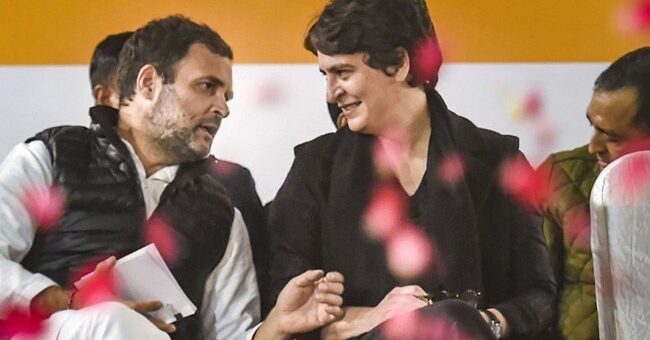 “As per the government, it has been mandatory that those coming from Italy will have to go through a medical observation in the wake of the coronavirus. But her (Priyanka’s) own brother (Rahul Gandhi) came from Italy in special circumstances and he has been residing in India without medical checkup. So, the danger begins from her own home,” Mr Jaiswal told IANS.

Speaking in parliament premises, the MP from Bihar said that Union External Affairs Minister S Jaishankar and Union Health Minister Harsh Vardhan have given statements on the coronavirus in the Lok Sabha, and the Indian government should be congratulated for the way it is tackling the situation.

“The government has put restrictions on everyone who are coming from foreign countries. A follow up process is there after a week. We will not let infected people roam around freely. It is a very good step.”

Mr Jaiswal’s reaction came following Priyanka Gandhi’s tweet in which she launched a sharp attack on Prime Minister Narendra Modi saying he should now focus on the country’s important issues like coronavirus and fall in the Sensex “if he has time to spare” from trying to topple the Madhya Pradesh government.

“Sensex has fallen. The WHO has labelled the coronavirus a pandemic. There is chaos among people. If the Prime Minister, skilled in PR stunts, has got free time from toppling the elected MP government, then he should also speak on these subjects necessary for the country,” Priyanka Gandhi tweeted in Hindi.

Over 86,000 selected through ballot for govt Hajj scheme