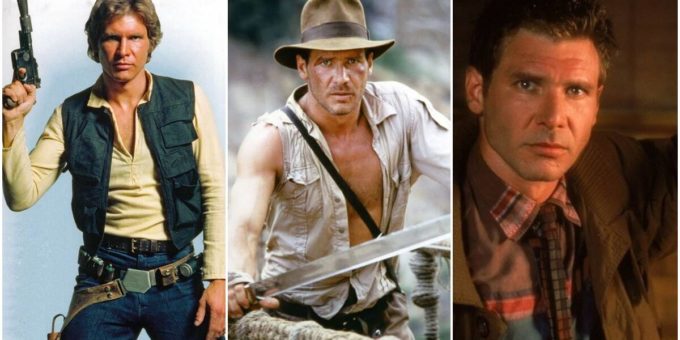 The veteran Hollywood actor Harrison Ford is on the verge of entering the eighth decade of his life. He turns 79 today (July 13). The legend has been part of some of the most iconic film franchises and has left an impression on countless memorable characters due to his charisma, screen presence and talent.

Here we are going to list five of the best characters he has played in his career. The list is ordered.

While Ford was not the first to portray the role of Jack Ryan, he certainly made it more popular, cinematically speaking. His first Jack Ryan film, Patriot Games, was a so-so movie, it was in Clear And Present Danger that he really got the chance to shine. Several actors have played this iconic characters, but Ford’s take is arguably the best. Even now, every Jack Ryan performance is measured in relation to Ford’s.

Ridley Scott’s Blade Runner was a milestone in cyberpunk and character-driven, philosophical sci-fi cinema. And it is safe to say, it would not have worked had not been an actor of Ford’s calibre at its helm. It is thanks to his performance and its nuances that people still debate whether Rick was a human or a replicant.

Perhaps the coolest fictional president, Ford’s President James Marshall in Air Force One was one heck of a character. For once, he does not orders the troops around, he takes charge of the action himself and gets into the thick to take down Gary Oldman’s Russian terrorist.

It is extremely hard to choose between Han Solo and Indiana Jones as Ford’s best character. Both choices are almost equally valid, and two of the best Hollywood characters. But there is no beating Indy. It is simply not possible to resist the fedora hat-wearing adventurer’s charms. Apparently a professor of archaeology, but finds himself more comfortable in ancient tombs or fighting nazis than teaching. He is also somebody many dream to be: an archetypical adventurer, in whose life there is nothing remotely dull.

Monsoon Arrives In Delhi After Long Delay, Heavy Rain In Many Areas

Chris Harrison to The Bachelorette Suitors: Clare Did You Guys Dirty!
2020-11-03