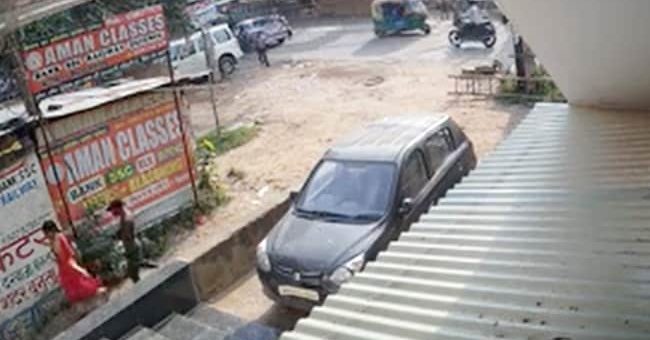 Bihar: The accused has been identified but yet to arrested.

A 15-year-old girl was shot in the neck in Patna allegedly over a love affair, the chilling visuals of which were captured on CCTV. The incident occurred in Indrapuri area of Sipara at around 7:30 pm on Wednesday when she was returning from coaching, police said.

Bihar| A vegetable vendor’s daughter shot yesterday in Indrapuri locality of Sipara area of ​​Beur PS in Patna. Injured girl who was shot in the neck is undergoing treatment in a private hospital. Matter is being said to be a love affair: Patna Police

The footage shows a man, who had been stalking the girl, pulling out a gun from his bag and shooting her. He then escapes the spot.

Preliminary investigation suggest the shooting was the fallout of a love affair, according to the police. However, the actual reason could be ascertained only after recording the victim’s statement, police said.

The girl, a Class 9 student, is currently in a critical condition and is undergoing treatment at a private hospital.

The accused has been identified but yet to arrested.