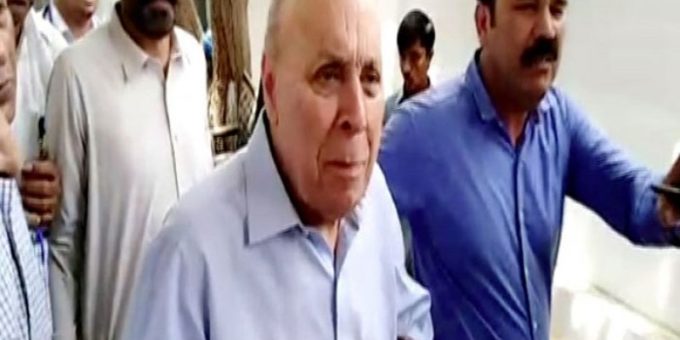 The accused refused to accept charge sheet against them and pleaded innocent. The case was taken up by accountability court in Islamabad Judge Azam Khan. Accused Anwar Majeed,

Later, the court after summoning three witnesses in the reference adjourned the hearing till October 16.

The reference has been filed in an investigation into holders of public office, legal persons, and others allegedly involved in the ongoing fake bank accounts case pertaining to misuse of authority in the allotment or regularisation of government land in favor of M/S Pink Residency and others.

Those named in the reference are accused of misusing their authority and causing losses worth Rs 2.5 billion to the national exchequer. NAB Rawalpindi, as part of its reference into the allotment of over 30 acres of land worth Rs 2.5bn, has cautioned the relevant authority to avoid any further sale or purchase of land.

Are you in love with your best friend? These signs will confirm your doubt
2020-07-06

Four Million Indians in One State Risk Being Denied Citizenship. Most Are Muslims.
2019-08-17