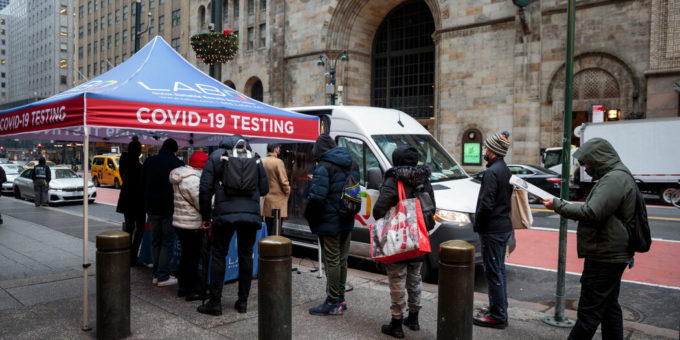 A few weeks ago, many Argentines thought the worst of the pandemic was behind them. Cases were down, vaccination rates were high and once-full intensive care units had plenty of beds to spare. The president’s spokeswoman, Gabriela Cerruti, tweeted in mid-November that “the pandemic is over.”

What had been a steady stream of new cases surged last week — and the numbers keep rising. It marks a startling turnaround for Argentina, and raises questions about what is to come for other countries in South America, a region that has already suffered greatly during the pandemic.

Led by Brazil, which has the world’s second highest death toll, and Peru, which had an even higher per capita death rate, South America was the epicenter of the pandemic earlier this year. But infections fell sharply as vaccination rates soared.

Covid-19 cases have also been steadily increasing in Bolivia, with signs of a potential uptick in Uruguay and Paraguay.

Even though South America is in the middle of summer, when people spend more time outdoors, the holidays also bring an increase in travel. And there “has really been a decrease in the implementation of social distancing measures,” Dr. Aldighieri said.

In Argentina, both the Delta variant and the highly infectious Omicron variant are circulating, officials said, although Delta remains predominant.

Omicron has been detected in 25 countries and territories of Latin America and the Caribbean, but it will be weeks before its potential impact across the region becomes clear, Dr. Aldighieri said, adding that genomic sequencing is limited in many countries and Omicron will be coexisting with other variants.

Over the past week in Argentina, an average of 15,690 new cases have been reported daily, according to data compiled by The New York Times. From Monday to Tuesday, 33,902 new cases were reported, the highest figure since June 2, according to the Health Ministry. The city of Buenos Aires, and central Córdoba Province, which has been particularly hard-hit, reported their highest figures since the pandemic began.

Testing centers were nearly empty only weeks ago. Now lines are long, and the positivity rate is nearing a staggering 30 percent, according to Health Ministry figures.

Despite the sharp increase in cases, President Alberto Fernández dismissed on Tuesday the possibility of imposing mobility restrictions at the height of summer holidays. The country endured one of the world’s strictest quarantines early in the pandemic.

For now, officials are optimistic that the soaring numbers of cases have not translated into overrun intensive care units and higher death tolls.

“In comparison to other waves, the number we have now is of fewer than 1,000 people in intensive care units and the number of deaths is very stable,” the health minister, Carla Vizzotti, said in a radio interview on Tuesday, pushing citizens to get vaccinated as the best way to combat the uptick.

Even though South America got a later start than much of the world in inoculating its population, it now has a higher vaccination rate than Europe, North America and Asia, and significantly lower vaccine skepticism.