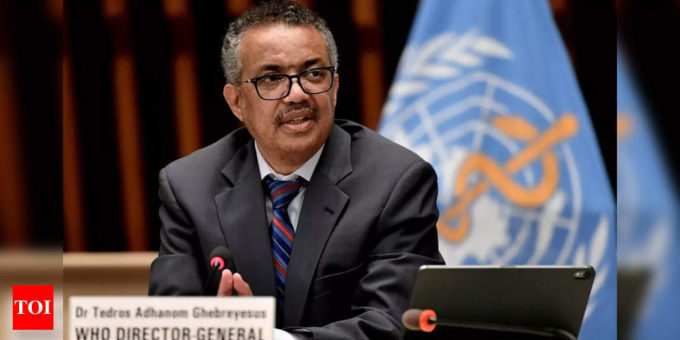 The WHO’s top official in Europe urged governments on Tuesday to prepare for a “significant surge” in coronavirus cases across the continent due to the Omicron variant, which is already dominant in several countries. “We can see another storm coming,” WHO Europe regional director Hans Kluge said in Vienna.
“Within weeks, Omicron will dominate in more countries, pushing already stretched health systems.” Omicron has been detected in at least 38 of the WHO Europe region’s 53 members, Kluge added, noting that it is already the dominant variant in the UK, Denmark and Portugal. Last week, 27,000 people died from Covid in the region and an additional 2.6 million cases were reported, he said.
Although these cases include all strains, not just Omicron, he noted this figure is 40% higher than during same period last year. In Geneva, WHO chief Tedros Adhanom Ghebreyesus urged new year events to be cancelled because it was better to “celebrate later than to celebrate now and grieve later”.
Scotland first minister Nicola Sturgeon said on Tuesday that Edinburgh’s New Year’s Eve street party has been cancelled due to surging cases, just as UK PM Boris Johnson said England would see no new pre-Christmas curbs. However, he added: “If the situation deteriorates we’ll be ready to take action if needed.” The UK reported another 90,629 cases on Tuesday

This is the film which Karan Johar’s Dharma Productions will announce at 8 pm tonight; was offered to Kartik Aaryan initially : Bollywood News
2021-11-22

Remembering Shashi Kapoor: When the Gentleman Actor Lashed Out at Smita Patil
2019-03-19