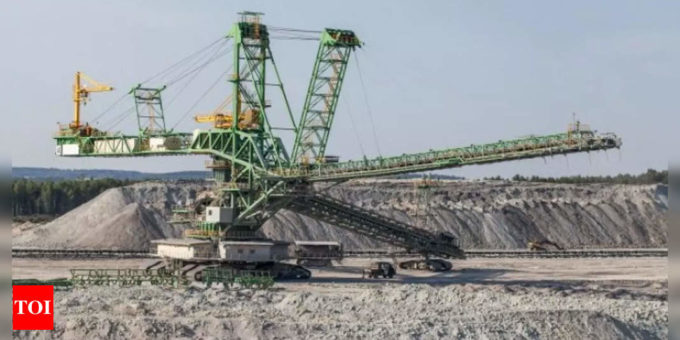 GORNJE NEDELJICE: Serbia, Farmhouses and cornfields dot the gentle, rolling plains of Serbia’s Jadar Valley, but underneath the bucolic surface lies one of Europe’s largest lithium deposits the source fuelling the latest round of unrest in the Balkan nation.
The future of the vast mineral deposits near the city of Loznica has become the latest flashpoint in Serbia, pitting festering distrust in the country’s increasingly autocratic government against Europe’s plans for a greener future.
Billions are at stake with Anglo-Australian mining giant Rio Tinto boasting that the project has the potential to add a full percentage point to Serbia’s gross domestic product and provide thousands of jobs.
In a matter of years, this impoverished corner of Serbia nestled against the Bosnian border could be transformed into one of the industrial engines turbocharging Europe’s transition to lower-carbon technology considered vital for a greener future.
Lithium is a key ingredient for batteries powering electric vehicles and storing renewable energy, with soaring demand for the mineral setting off a “white gold rush” as automakers scramble to secure sufficient supplies to meet their ambitious goals to roll out new fleets in the coming years.
But environmental activists and locals living near the future mining site have accused Rio Tinto and President Aleksandar Vucic’s administration of cloaking the entire project in secrecy and refusing to release environmental assessment reports.
The lack of transparency, locals argue, is stoking fears the mine may leave their land in ruins.
“If the Jadar project goes through, everything will be destroyed around us,” Dragan Karajcic a community leader in the village of Gornje Nedeljice told AFP.
“Wherever Rio Tinto operated, it left a wasteland behind,” he added.
– Power struggle – In Serbia, the mining project has tapped into simmering anger against Vucic. Thousands have swarmed key roads across the country in recent weeks to voice their opposition to the government’s handling of the project.
Violent attacks by masked men against a demonstration in the western Serbian city of Sabac in late November sparked outrage on social media along with accusations the government was relying on hooligans to squash dissent.
With elections likely coming early next year, Vucic has sought to blunt the mounting pressure, vowing to remove amendments to one law and scrap another piece of legislation that protesters argued were written to provide favourable conditions for Rio Tinto.
The leader has also insisted the mine’s future is up for debate.
“I will have to sit down and see whether we essentially want this mine or not,” the president said late Wednesday.
Getting to the minerals will be no easy task, requiring extensive excavation to supply enough lithium to power more than one million electric vehicles per year, according to Rio Tinto.
The area nearby is also home to extensive borate reserves needed for the production of solar panels and wind turbines.
The mine is set to be located along the Jadar River, a tributary of the much larger Drina a vital source for agricultural production in both Serbia and neighbouring Bosnia.
Any contamination caused by the project along the banks of the Jadar would be felt much wider afield, activists argue.
Rio Tinto has sought to allay rising fears over the project, promising to uphold the “highest environmental standards”, according to a statement posted online.
But residents in Gornje Nedeljice say Rio Tinto’s track record has given them pause.
In recent years, the mining giant has been mired in controversy, with a public backlash and investor revolt forcing the company’s chief executive and some top officials to step down after the firm destroyed a sacred indigenous site in Australia last year.
Critics of the mine also point to the Vucic government’s poor track record with regulating its industrial sector as Serbia courted Chinese companies to invest in the country.
-‘Nobody’s dump’- In Gornje Nedeljice, signs saying: “No to the mine. Yes to life” hang throughout the village, where Rio Tinto has been buying up large swathes of land offering virtual fortunes for residents’ plots that would fetch just a fraction of the price elsewhere.
The company is set to break ground on the mine next year, but is still awaiting the final green light from Belgrade.
Rio Tinto has promised the project will provide over 2,000 jobs during its construction phase and another 1,000 mining and processing jobs once it is operational.
But for Gornje Nedeljice resident Marijana Petkovic and others, the mine’s potential benefits put their community’s health and environment at risk at the behest of their wealthier European neighbours.
“Serbia needs to realise that we’re nobody’s dump for mining,” says Petkovic. “Not Europe’s, nor the world’s.”