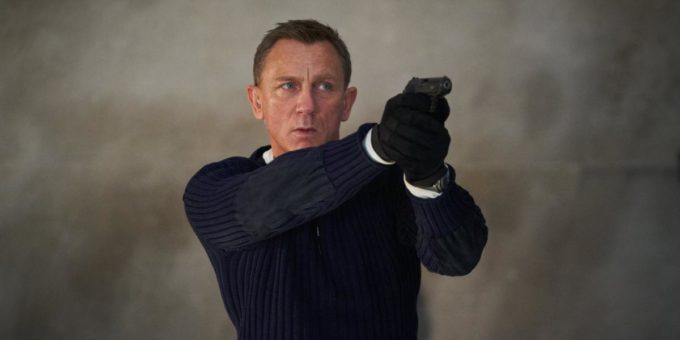 The wait for the next James Bond film is over after four long years. Yes, obviously the time period was long considering how eager everyone was to watch the new bond film where one could watch the handsome James Bond driving Aston Martin DB5.  The first trailer of the upcoming Bond film No Time To Die is finally here. From action to suspense, from the British tailored suits to the drop-dead-gorgeous bond girls, this trailer has it all. The trailer was recently released on social media and needless to say that the Bond fans could not contain their joy and excitement.

Since Spectre did not go well with the audiences, people found it better than Spectre already. But people still miss Skyfall. According to one die-hard fan, ‘James Bond can feel the road, he doesn’t need to SEE it.’ Everyone loves Daniel Craig.

As they say ‘the spy never retires’, despite the exhausting events of Spectre and Blofeld’s demise, the Bond had to get back in action when his old Cia friend Felix Leiter asked James Bond for help in finding a missing scientist. And here begins a long line of action for the Bond and his team. The villain Safin would also show his entry at one point.

Although one also gets to see the ever-green Daniel Craig there, the sad news is that this would be his last Bond film. it is time to move on for the actor. By the way, it is not only Daniel Craig who has made a comeback but also Lea Seydoux who was Bond’s love interest in Spectre. Ralph Fiennes, Naomie Harris, Ben Whishaw, and Rory Kinnear have also made a comeback. Ana de Armas will be the new bond girl Paloma.

Daniel Craig as James Bond 007 in No Time To Die

No Time to Die is the 25th film of the Bond series produced by Eod Productions. Daniel Craig is playing the role of James Bond as an MI6 agent for the fifth time. The film will be distributed by Universal Pictures for the first time since the contract with Columbia Pictures expired after Spectre. No Time To die was confirmed in 2016. However, the principal photography started in April 2019 and ended in October 2019. The film is all set to release on April 2nd, 2020 in the United Kingdome and April 8th, 2020 worldwide.

Jenni Farley Gets Back Together With Zack Carpinello: I Don’t Care If He Gropes My Friends!