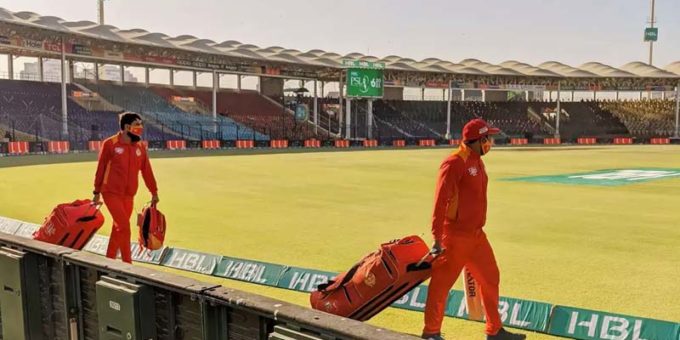 There is less than one month left before the beginning of the seventh season of the Pakistan Super League (PSL) but the Omicron variant of Covid-19 could derail the event.

According to a report in Daily Express, there is currently no
Plan B if there is a Covid-19 outbreak during PSL7.

“If, for some reason, the matches can’t take place in Pakistan,
there is no Plan B at the moment,” an unnamed franchise official was quoted as
saying.

“The Emirates Cricket Board is also holding its own T20
league, in February and March, and the Covid-19 cases are also rising, so it
won’t be possible to shift the matches to UAE,” the official added. “Sri Lanka
is another option but the arrangements in LPL, recently, left a lot to be
desired.”

It must be noted that the last two seasons of PSL were
disrupted due to Covid-19, which is why the bio-secure bubble is a priority for
the PCB ahead of season seven. The board will also hire an international firm
to design Covid-19 protocols, in order to keep players and official safe inside
the bubble.

The PCB has also decided to book an entire hotel for the
tournament with different zones for players and officials. The board is also
considering the option of keeping the entire hotel staff within the premises,
during the event, which was not the case in previous editions.

Meanwhile, foreign cricketers could also be asked to stay in
isolation for a longer period of time, upon arrival in Pakistan, as the
incubation period of the virus is between seven and 14 days.

The seventh edition of PSL will start on January 27, with
the final set to take place on February 27.

Salman Khan to return as Chulbul Pandey in Dabangg 4; Tigmanshu Dhulia is working on the script : Bollywood News