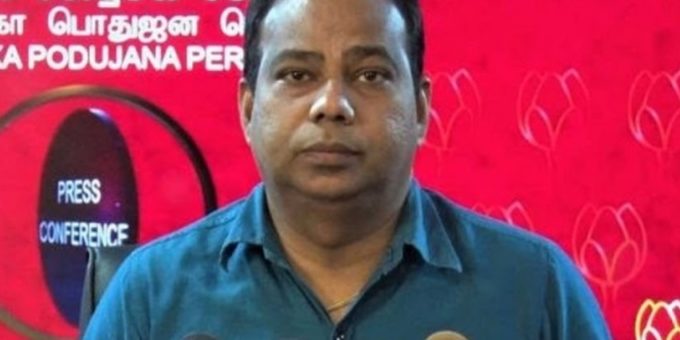 COLOMBO (News 1st); SLPP MP Jagath Kumara says there is no need to create panic regarding the stocks of Chinese fertilizer that was confirmed to contain harmful bacteria.

Speaking to the media, MP Jagath Kumara said that the Minister of Ports has insisted that the stocks of bacteria-infected fertilizer to not be unloaded at ports. However, if the stock of fertilizer is unloaded at the port, the President and the Ministers in charge of the subject will be making arrangements to establish a proper system for the fertilizer stocks.

Emphasizing that the relevant process is still being formulated as to how authorities deal with the stocks of fertilizer, the MP said that there is no reason to panic.

Meanwhile, the National Organizer of the Sri Lanka Freedom Party, Duminda Dissanayake stated that whether or not a letter of credit was opened to import the fertilizer before or after the stocks were tested remains to be an issue.

Commenting on the ship carrying Organic Fertilizer from China, Dissanayake said that if a letter of credit is opened after testing, it means that Sri Lanka has given the consent for purchasing, has called for tenders and had chosen the fertilizer after using the tender process.

“If the letter of credit was opened after the testing process, then the entire issue is within, we cannot blame China for that,” he added.

Iron Deficiency Symptoms | Signs of iron deficiency: When should you take action