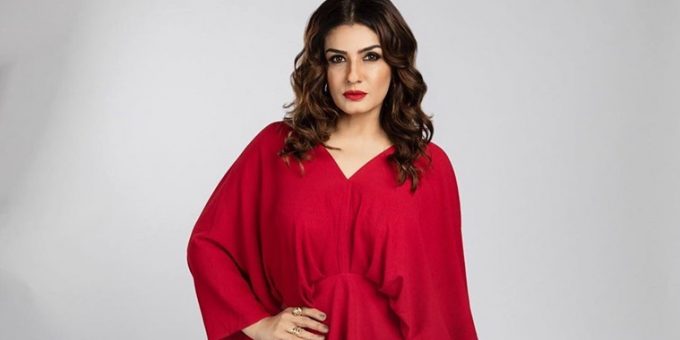 
he three accused have already been granted protection in a similar FIR registered in Amritsar for same offence. (Photo: Raveena Tandon/Instagram)

The Punjab and Haryana High Court Thursday directed the Punjab Police not to take “coercive steps” against Bollywood actor Raveena Tandon, filmmaker Farah Khan and comedian Bharti Singh in the FIRs registered in Ropar and Ferozepur under IPC 295A against them for allegedly hurting religious sentiments of Christian community in a show uploaded on a web platform last year.

Justice Sudip Ahluwalia issued a notice to the Punjab government in this matter and fixed March 25 as the next date of hearing.

Advocate Abhinav Sood in the petitions seeking quashing of the FIRs said that there is nothing to perceive that use of the term was intended to hurt religious sentiments of the community. Sood argued that the word in question was misconstrued as some other word by Bharti Singh and the act does not even remotely qualify to constitute an offence under Section 295-A. The three accused have already been granted protection in a similar FIR registered in Amritsar for same offence.

In their petition, the celebrities had sought the quashing of the FIRs and a stay on the Punjab Police investigation. Soon after a controversy erupted in December, the petitioners had apologised.