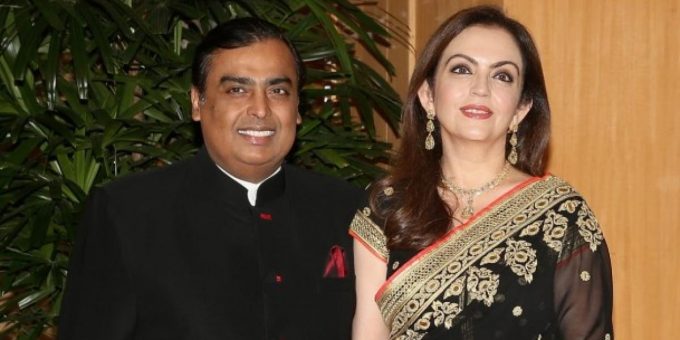 Nita Ambani wears many hats. The philanthropist, businesswoman, educationist and a doting mother and wife is a woman of many talents. She has a keen eye for fashion and wears all the top brands in the world. However, Nita Ambani always prefers wearing the Indian designers when it comes to traditional occasions and Manish Malhotra is one of them. Nita Ambani was recently named to the board of New York’s Metropolitan Museum. She runs one of the biggest and most reputed schools in India and also owns an IPL team. She is a patron of various charities and philanthropist ventures in India and is considered one of the most influential women in the world.

Nita Ambani also has a knack for classical dance. According to her husband Mukesh Ambani, it was Nita Ambani who taught her the art of enjoying life with the finer things in life.

Nita Ambani and Mukesh Ambani met through the latter’s father Dhirubhai Ambani. He had watched Nita performing during a classical dance performance and instantly knew that she was the one he wanted his son to marry. However, Mukesh Ambani wanted to know Nita first before reaching any conclusion. The two started meeting and soon Mukesh Ambani also concurred his father. He proposed Nita Ambani while the two were driving on the roads of Mumbai. They got married on March 8th, 1985. Together they have three children: Isha, Akash, and Anant Ambani.