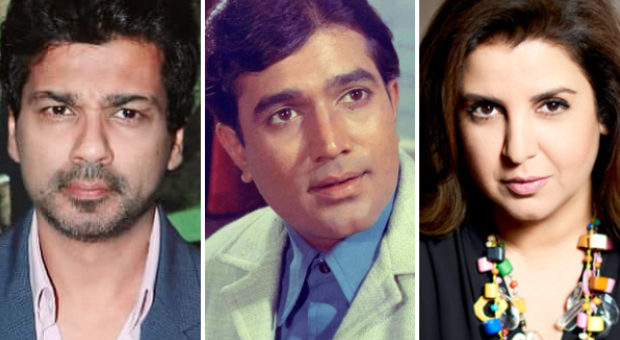 India’s first superstar Rajesh Khanna’s biopic is in the works. Starring in movies like Anand, Aradhana, Kati Patang, Amar Prem, and Khamoshi among several films, the term superstar was coined for the actor as he stormed through massive stardom. Now, actor-producer Nikhil Dwivedi is set to produce the biopic as he has got the rights to turn Gautam Chintamani’s book, “Dark Star: The Loneliness of Being Rajesh Khanna” into a film. While Gautam will work on the adaptation, it seems like Farah Khan is in talks to direct the project.

It’s only apt that on the eve of Rajesh Khanna’s 79th Birth Anniversary (29th December) a movie on India’s most iconic star, for whom the term ‘Superstar’ was originally coined, is announced. Yes, finally someone is making a biopic on Hindi cinema’s ‘phenomenon’ who delivered 17 mammoth blockbusters in succession and generated mass hysteria, especially among women.

The kind of mass adulation Rajesh Khanna evoked was evident from the fantail he received by the truckloads, something which had not been seen before nor has been seen ever since. Such was the craze about him that female fans wrote letters in blood to him, married his photographs and went into mourning when he tied the knot with Dimple Kapadia (in March 1973).

The enigmatic actor, who made his debut with Aakhri Khat (1966), under the aegis of Chetan Anand, had a never-seen-before meteoric rise, and alas, a fall that was just as speedy. And of course, not to forget, his recovery was equally dramatic too.

Born Jatin Khanna, and affectionately called Kaka by his industry friends, was quite a complex personality, and unfortunately, misunderstood by many. However, those who were close to him and benefitted by his largesse, swear by his large-heartedness. This and many other facets of the actor showcased in Gautam Chintamani’s book will be brought to screen in the Nikhil Dwivedi-produced biopic, which will also be a tribute to India’s original superstar.

While ace director Farah Khan is said to direct the film, which she will script along with Gautam Chintamani, what everyone is waiting with bated breath to know is who will play the Phenomenon of Hindi Cinema. Of course, it’s not going to be a cakewalk for any actor to step into the big shoes of India’s one and only superstar, but one can be sure that if the actor signs up for the part and plays it perfectly, he’s sure to win all the Best Actor awards of the season.

Nikhil Dwivedi says, “Yes, I’ve acquired the rights to Gautam Chintamani’s book, “Dark Star”, and I’m in talks with Farah Khan to make the film. That’s all I can say for now. As and when any major development happens, I’ll be happy to share because I’m really very excited about bringing Rajesh Khanna’s story to the big screen.”

Commenting about it Farah Khan says, “Yes I have read Gautam’s book and it’s very fascinating. It’s definitely an exciting story. We are in a conversation over this but I cannot comment more”.