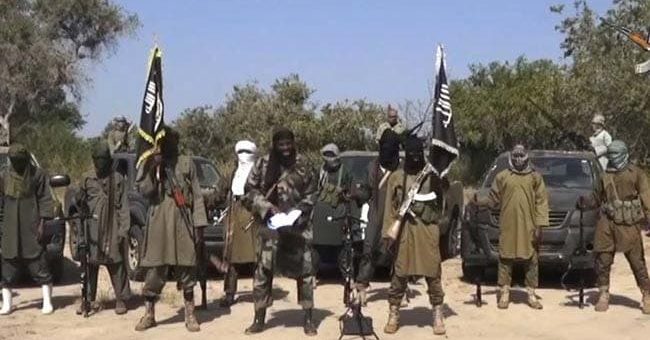 Boko Haram has not yet officially commented on the death of their leader. (Representational)

Boko Haram’s leader Abubakar Shekau killed himself in a fight against rival jihadist fighters from the Islamic State West Africa Province (ISWAP) according to audio AFP obtained from the group Sunday, two weeks after reports emerged that he had died.

“Shekau preferred to be humiliated in the hereafter to getting humiliated on earth. He killed himself instantly by detonating an explosive,” a voice speaking in the Kanuri language resembling that of ISWAP leader Abu Musab Al-Barnawi said.

The audio was given to AFP by the same source who sent previous messages from the group.

Boko Haram has not yet officially commented on the death of their leader, who waged a more than decade-long insurgency in northeast Nigeria, while the Nigerian army said it was investigating the claim.

ISWAP described in the audio how it sent out fighters to Boko Haram’s enclave in the Sambisa forest, who found Shekau sitting inside his house and engaged him in a firefight.

“From there he retreated and escaped, ran and roamed the bushes for five days. However, the fighters kept searching and hunting for him before they were able to locate him,” the voice said.

After finding him in the bush, ISWAP fighters urged him and his followers to repent, the voice added, but Shekau refused and killed himself.

“We are so happy,” the voice said, adding that Shekau was “someone who committed unimaginable terrorism and atrocities.”

Pahlaj Nihalani on his 28 days of hospitalisation between life and death: “I vomited a whole lot of blood. I’ve been rescued from the jaws of death.” : Bollywood News