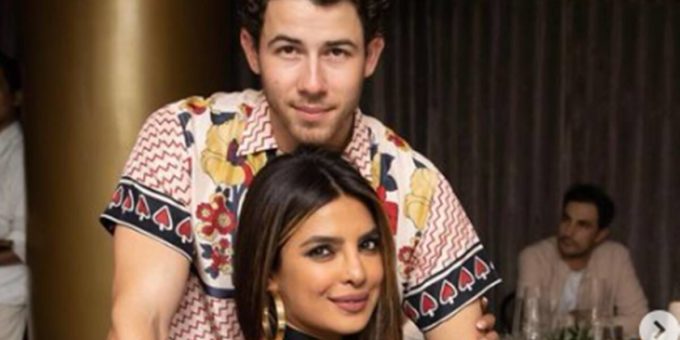 It was a fashionable day out for singer Nick Jonas, who was seen in a fiery red outfit along with his wife Priyanka Chopra Jonas, who complemented him in a multi-coloured co-ord set on a white base, featuring a coat and matching loose pants.

The couple looked uber-chic while attending the Global Citizen Festival in New York City recently, pictures of which were shared on Instagram.

For the unversed, Global Citizen is a non-profit organisation that works to end extreme poverty by calling on world leaders to take necessary actions.

For the occasion, Nick was joined by his band of brothers — the Jonas Brothers — as the trio performed on stage; the event was hosted by Priyanka Chopra at New York City’s Central Park. According to reports, it was Global Citizen Live Festival’s 10th anniversary and many other big names were also in attendance, such as Charlie Puth, Mariah Carey, Usher, Metallica, among others.

Nick captioned a post on Instagram, “Almost showtime”, in which he was seen walking hand-in-hand with his wife down a flight of stairs. We just cannot get over his red-on-red look that featured a loose V-neck shirt with white buttons and matching red flare pants. The singer kept it casual yet stylish and looked super handsome.

The Sky Is Pink actor, on her part, wore the aforementioned co-ord set underneath which she wore a white crop top with a ‘Global Citizen’ insignia.

“Proud of you @priyankachopra,” her husband captioned another post in which he shared two pictures — in the first one he strummed his guitar, and in the second one he lovingly embraced his wife.

Priyanka rounded off her look by leaving her hair loose with a centre-partition, accessorising with a pair of statement hoop earrings and sleek bracelets. Her makeup game was top-notch, too.

Watch: Viral Video Of Mexican Dosa Disapproved By The Internet; Heres Why