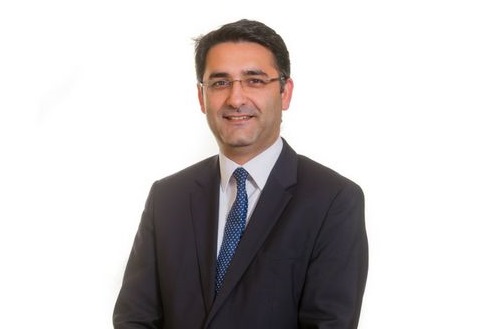 A Manchester barrister has spoken of his ‘honour and privilege’ after his appointment as a District Judge.

Sufiyan Nasim Rana, 46, has taken up the role on the North Eastern Circuit, based at Huddersfield County Court. It follows his appointments as both a Deputy District Judge and as a fee-paid Judge of the First-tier Tribunal (Health, Education and Social Care Chamber) in 2019.

Sufiyan studied Law at the Manchester Metropolitan University (MMU) before being called to the Bar (Lincoln’s Inn) in 1999. After qualifying as a Solicitor in 2002 he went on to establish Azmi-Rana Solicitors in Cheetham Hill, Manchester which specialises in general civil, immigration, personal injury and conveyancing.

In 2013 he joined St Johns Buildings Chambers as a barrister and presided over a number of high-profile cases involving cerebral palsy, traumatic brain and orthopaedic injuries and fatalities and has been recognised by The Legal 500 as a leading barrister in the area.

Sufiyan has also been a part time lecturer and was an Advocacy Tutor at MMU for the BPTC.

Sufiyan said: “I am delighted to take up this position. It is an honour and privilege to be appointed a District Judge after a lengthy and competitive process.

“I am particularly grateful for the support of my family and professional colleagues at St Johns Buildings, Manchester, which has given me the confidence to achieve this.”

He was born and brought up in Luton alongside his four siblings and attended Denbigh High School before moving with his family to Manchester in 1991. He is married with three children and his wife Sadia is also a solicitor.

Sufiyan’s father had worked as a production supervisor at Vauxhall factory in Luton and then as a journalist. Sadly, he passed away in 2002.

Sufiyan added: “I am sure my mother is very happy and my father would have been very proud at the appointment.

“They always spoke about the importance of education and professional qualifications and coming from humble backgrounds wanted their children to work hard and be ambitious. My father would loved to have been a lawyer and in a way I feel like I am living his dream.”