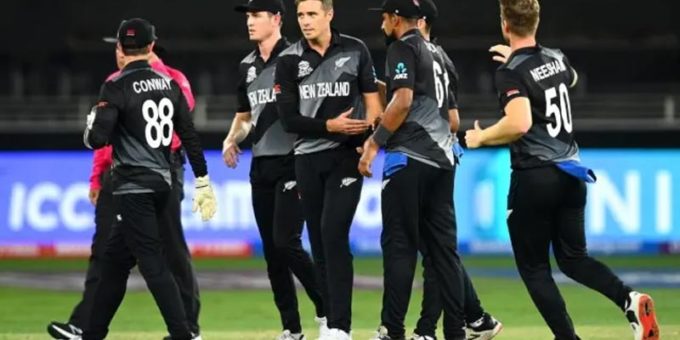 Kiwis will tour Pakistan next year

Pakistan Cricket
Board (PCB) chairman Ramiz Raja has said that New Zealand will tour Pakistan
with their best players.

The blackcaps rescheduled their abandoned tour of Pakistan
next year, where they will play three Tests, eight ODIs and five T20Is in two
legs.

“The New Zealand tour is rescheduled on the basis of the availability
of their best players,” Raja told reporters in Karachi.

According to Raja, New Zealand could have toured Pakistan
earlier in 2022, however, the proposed schedule was clashing with the Indian
Premier League (IPL) and their best players were not available.

“We suggested that they should plan the tour when they have their
best players available,” he added.

While referring to the abandoned tour, the former Pakistan captain
said that the Kiwis would think twice before doing such a thing. According to
him, that is due to the pressure they faced after they called off the tour.

Guess Who: Bollywood Star Who Leaks Stories of His Marriage to the Press!
2020-02-26

Famous Pakistanis To Be Conferred With Civil Awards
2019-08-17

Dan Coats to depart and John Ratcliffe will be nominated, Trump tweets
2019-07-28