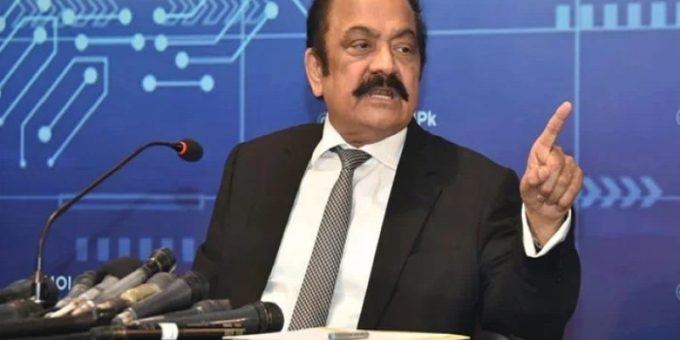 Federal Interior Minister Rana Sanaullah on Sunday said that the appointment of the army chief will be held on time and as per the prescribed procedure.

Speaking during a ceremony in Faisalabad, the home minister commented on the increasing inflation in the country and said that the International Monetary Fund (IMF) had “red-marked” Pakistan after the Imran Khan-led government increased subsidies.

He maintained that the global money-lender was “adamant that subsidies should be reduced to zero,” if Pakistan were to revive the $6 billion bailout programme.

“As a result of Khan’s policies, the incumbent government had to take tough measures and make the masses go through hardships to save the country from further catastrophe,” he said.

The interior minister, while criticising the PTI chairman, said that “whoever had bestowed him with the titles of ‘honest and trustworthy’ is now hiding their faces from the public”.

He also referred to the alleged, leaked audio of former first lady Bushra Bibi — in which she could be heard instructing PTI’s Dr Arsalan Khalid to run traitor trends on social media — and said that “everything has become clear after the audio of Khan’s wife surfaced”.

“Their deeds are coming to light, everything has become clear. To him, even those who had allied with his government are decoits. He made the whole nation poor and destitute,” the minister said, adding that, unlike Khan, Prime Minister Shehbaz Sharif was ” leading his allies through consensus.”

Sanaullah, while shedding light on PTI’s jalsa in Islamabad on July 2, said that 8,000 seats were set up at the Parade Ground, and people were brought in from Khyber Pakhtunkhwa. “There were only 2,000 attendees from Islamabad”.