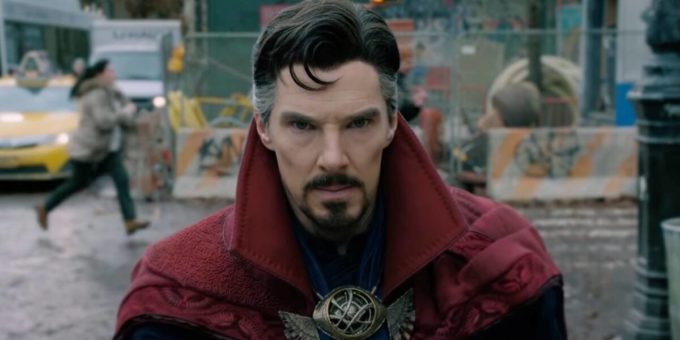 There is no doubt that Benedict Cumberbatch is a master of disguises. He can wear any look and convince us that he is actually that person. The Doctor Strange actor recently graced the cover of W Magazine in a strange, fun avatar that has netizens convinced that he is Ali G — Alistair Leslie Graham — a satirical fictional character created and played by comedian Sacha Baron Cohen.

Cumberbatch is one of the 10 Hollywood stars included in W Magazine’s ‘Best Performances 2022’ issue. He posed for the photograph looking all serious in a bright yellow shirt with grey patterns by Hermes, a matching yellow bucket hat, and a pair of brown Ray-Ban shades.

He also held a bunch of daisies in one hand, with the other balled into a fist and resting against his face. The overall look is in sharp contrast with his film appearance in Spider Man: No Way Home, where he reprised his role as the powerful sorcerer, Doctor Strange.

Netizens have appreciated the 45-year-old’s look, by likening him to Baron-Cohen’s Ali G.

“Ali G vibes 💛,” one person wrote on Instagram, while another commented: “God I love Ali G”.

“Can we have Benedict on the cover every month? Thank you,” someone else wrote.

On Twitter, too, people were quick to point out the resemblance — intentional or unintentional. After the cover photos were shared by Twitter account ‘Film Updates’, there were many retweets, and these are some reactions:

why’d i think that was ali g

Cumberbatch‘s interview is a part of a series of interviews with “the year’s most talked-about stars”, including the likes of Lady Gaga, Adam Driver, Denzel Washington, Jennifer Hudson, Tilda Swinton, Kristen Stewart, Cate Blanchett, Gemma Chan, and Jessica Chastain.

Anushka Ranjan Is Left Screaming And Giggling For This Dessert; Vaani Kapoor Reacts