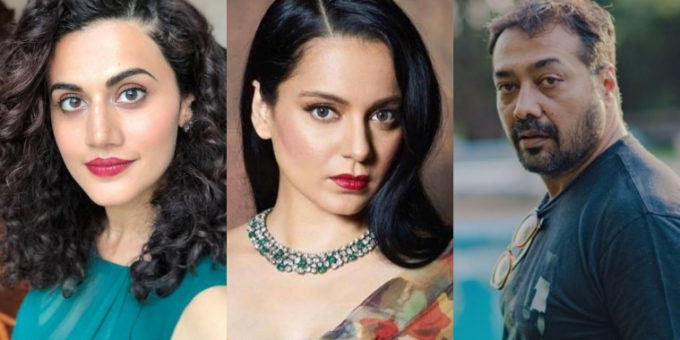 In a recent interview with Hindustan Times, filmmaker R Balki said that talent is the only thing that matters while also pointing out that Alia Bhatt and Ranbir Kapoor are great actors. He said, “Find me a better actor than Alia (Bhatt) or Ranbir (Kapoor), and we’ll argue.” Soon after this statement, many actors and filmmakers including Shekhar Kapur, Apurva Asrani, Maanvi Gagroo among others shared a list of actors who they believe are better than Alia and Ranbir.

Shekhar Kapur said, “Best actors today are coming from theatre. There’s newfound respect for them. And confidence.” Kapur was set to work with Sushant Singh Rajput in Paani, but the film never materialised.

Anurag Kashyap also recently weighed in on the insider vs outsider debate and said, “Actors are not the only ones who make a movie what it is. At least, 150 people or more make up a set. The day these ‘insiders’ and ‘outsiders’ treat different assistants and spot boys with respect is the day when we can proceed with this debate further.”

Not just nepotism, the debate going on also highlights the favoritism aspect of the industry, which is prevalent in most professions. In a recent interview with indianexpress.com, veteran actor Ranjeet said, “Nepotism was always there, so was the rivalry. I remember Parveen Babi was supposed to star in Silsila, but the producer thought Jaya Bachchan would look better.”

In pictures: Sonakshi Sinha plants a tree with her parents, does her bit for the environment
2021-06-15

Disha Patani hits back at trolls who leave sleazy comments on her bikini and bold photos  : Bollywood News
2022-02-05