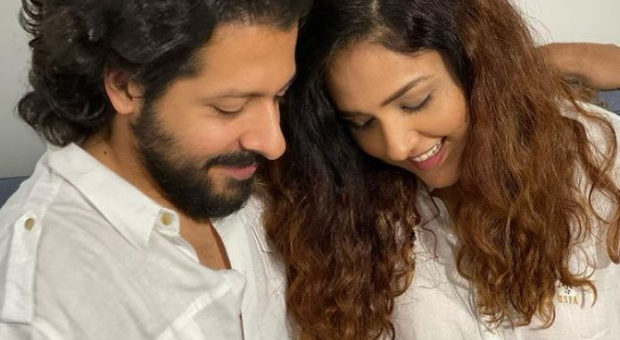 Singer Neeti Mohan and her husband Nihaar Pandya welcomed their first child earlier this month. The couple has now shared the first picture of their newborn son and announced his name on social media. Neeti shared a couple of adorable pictures of her with her son and Nihaar. They have named their son Aryaveer.

On June 3, Neeti had announced that they have been blessed with a baby boy. Along with the pictures shared by the singer, she wrote, “Holding his little hands is by far the most precious touch we have ever felt. ARYAVEER has chosen us as his parents. Couldn’t have felt more blessed than this. He multiplies the Happiness and sense of gratitude in our families manifold. Overjoyed and forever Grateful @nihaarpandya.”

The couple soon received congratulatory messages. While Tahira Kashyap and Mouni Roy left behind many heart emojis, Anushka Sharma wrote, “Congratulations to two of the most beautiful people.”

Announcing the birth of their son, Neeti had taken to social media and wrote, “Our family, Nihaar and me are ecstatic to have welcomed our Baby Boy yesterday. To hold this little one in my arms is the most surreal feeling ever! Still sinking in,” she wrote in an Instagram post and added: “We are overjoyed and Thank everyone for the love and wishes.”

Paytm Seeks Shareholder Approval for Rs. 12,000-Crore Sale of New Stock in What Could Be India’s Largest IPO