Breaking News
2022-07-01 Flash star Ezra Miller accused of harassing women in Germany and Iceland; puts a woman in a chokehold : Bollywood News 2022-07-01 The Princess movie review: Disney+ Hotstar’s horrid fantasy film is unbearable at even 90 minutes long 2022-07-01 Iran man kills teenage daughter 2022-07-01 Baltimore Banner, a News Start-Up, Aims to Challenge The Sun 2022-07-01 Maharashtra: Is it the end of the road for Shiv Sena and Uddhav Thackeray? 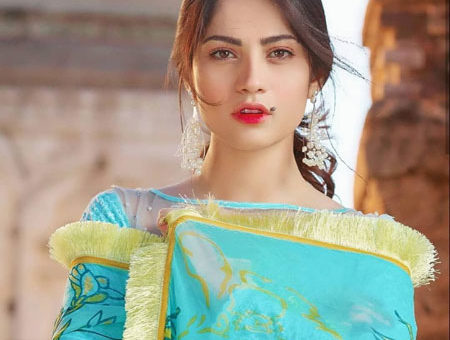 The viral reel shared by Neelam Muneer on her Instagram feed, Wednesday night, sees the celeb in a Fuschia Saree and pulled back hairdo, which she sported for one of the promotional outings of her recently released movie ‘Chakkar’.

Khan captioned the video with the title of her new drama ‘Pyar Deewangi hai’ with Sami Khan, while OST of the same played in the background. The viral clip got millions of likes from the application’s users.

ARY Digital’s superhit play ‘Pyar Deewangi Hai’ follows the tale of Rabi and her cousin-fiancé Mateen, while some uncontrollable incidents pulled the two apart. Earlier this week, the ‘Bikhray Moti’ actor posted another video of herself on the photo and video sharing application, which saw her practising the steps, needed to perform in a music video. Khan who is one of the most followed celebs of Pakistan on social media often takes to official account to share glimpses of her work and personal life, with her millions of fans.

It is pertinent to mention that Khan had refuted her marriage rumours which circulated earlier on the internet.

“Hi everyone, I’m not engaged or getting married,” the actor wrote on the social media platforms. “All the rumours are 100 percent wrong.”

In an interview, she confirmed that fans will come to know about her marriage which will be a simple affair.