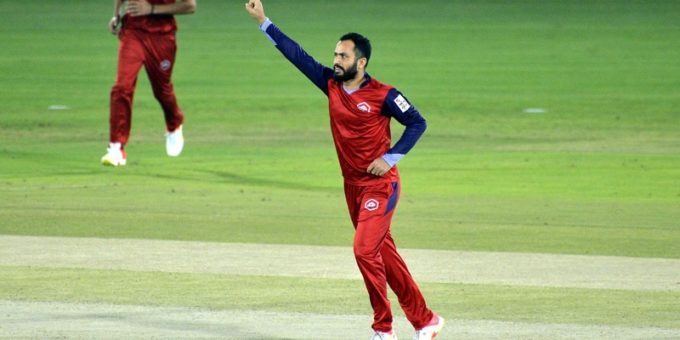 Israrullah (25) was the first to go with Haris Rauf taking his wicket. Rizwan was dismissed for 17 by Salman Irshad. Sahibzada Farhan (13) and Asif Afridi (21) were dismissed in the hunt of quick runs against the mounting asking rate.

Iftikhar took the fight to the Northern attack with a series of big shots. The right-hander scored the 16th half-century of his T20 career, he was eventually dismissed by Haris for 58 off 34 balls. The middle-order batter hit two fours and five sixes in his innings.

Earlier, Northern recovered from a sensational opening over by Shaheen Shah Afridi to post their formidable total.

Shaheen removed right-handers Ali Imran and Haider Ali with inswinging deliveries to jolt Northern. Both batters were dismissed for ducks in the space of three balls.

Nasir Nawaz (24) and Umar Amin (27) fought back for their side with a 52-run third-wicket partnership which ended with Umar’s dismissal to Asif Afridi. Northern stuttered to 55 for four when Nasir fell to Israrullah.

The in-form Mohammad Nawaz joined hands with his captain Shadab Khan as the two carved out an 89-run stand for the fifth-wicket.

Shadab scored 46 off 27 balls (six fours, two sixes). Nawaz completed his second half-century in the tournament, he was run out in the last over for 51 (34 balls, one four, three sixes).

Northern continued the attack in the death overs as 98 runs were added in the last seven overs. Asif Ali contributed an invaluable 21 off 11 balls (one four, two sixes) to push his side past the 180-run mark.

High-Protein Breakfast: Try This Quick And Easy Egg Masala Toast For Your Next Breakfast
2019-11-27