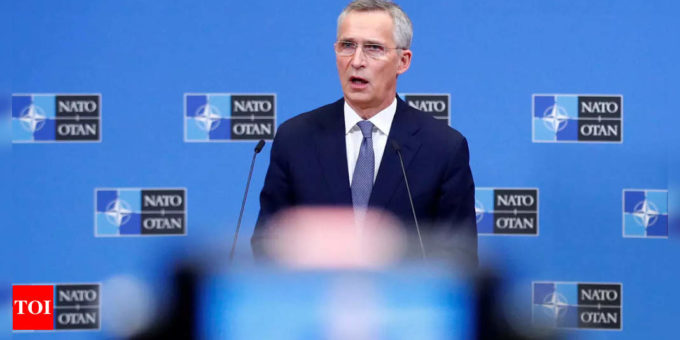 BRUSSELS: Nato might deploy additional troops to eastern allies should Russia again use force against Ukraine, the alliance’s secretary-general said on Friday.
“If Russia once again uses force against Ukraine and further invades Ukraine, then we have to seriously look into the need to further increase our presence in the eastern part of the alliance,” Jens Stoltenberg told reporters in Brussels after a meeting of the Nato-Russia Council, responding to a question.
He warned of a “real risk for a new armed conflict in Europe”, although he said Nato “will do what we can to prevent” any such scenario.

RRR teaser: Ajay Devgn is bloodied but unbent in explosive clip on his birthday. Watch
2021-04-02