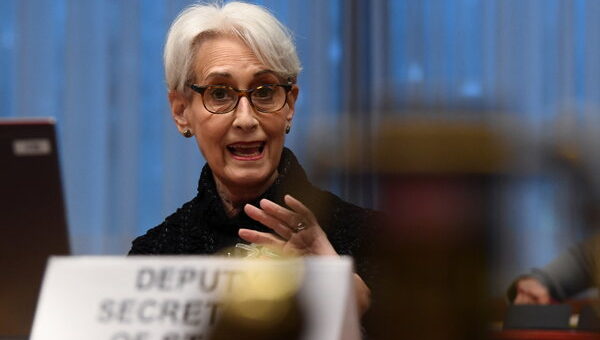 BRUSSELS — With close to 100,000 Russian troops massed near the borders of Ukraine, NATO officials held talks with a Russian delegation on Wednesday in an effort to hold off an invasion and calm tensions between Moscow and the West.

The meeting at NATO’s Brussels headquarters lasted approximately four hours, and was the second stop in a diplomatic roadshow focused on the Kremlin, after talks in Geneva on Monday between Russian and American officials. Looming over the high-level diplomacy is whether the Russian president, Vladimir V. Putin, will invade Ukraine as he seeks to pressure the West to roll back NATO’s presence in Eastern Europe, or de-escalate.

The United States and its NATO allies hope that Mr. Putin will decide to negotiate, as he is now confronted with threats of punishing economic sanctions and even of new deployments in NATO allies bordering Russia.

NATO officials were not optimistic, and they have questioned the seriousness of Moscow’s commitment to a diplomatic resolution. Still, they said that wider issues of European security could be discussed with Russia, including nuclear stockpiles, missile deployments, limits on conventional forces in Europe, better safety at sea and in the air, and more transparency about military exercises.

NATO has flatly rejected Russian demands to stop further enlargement with countries that wish to join the alliance and to withdraw all allied troops from NATO members bordering Russia. Ukraine is not a member of NATO, though the alliance promised in 2008 that it would be someday.

As the talks concluded, Wendy R. Sherman, the deputy secretary of state who led the American side in Geneva, tweeted: “I reaffirmed the fundamental principles of the international system and of European security: Every country has the sovereign right to choose its own path.”

In today’s @NATO-Russia Council, I reaffirmed the fundamental principles of the international system and of European security: Every country has the sovereign right to choose its own path. pic.twitter.com/MNWXWINg8V

The meeting in Brussels was chaired by the NATO secretary-general, Jens Stoltenberg. The Russian delegation was headed by a deputy foreign minister, Aleksandr V. Grushko, who was Russia’s permanent representative to NATO from 2012 to 2018.

It was formally a meeting of the NATO-Russia Council, which was established in 2002 to discuss mutual security concerns but has been essentially moribund since April 2014 and the Russian invasion of Ukraine and annexation of Crimea.

NATO has 30 members and so, in a sense, the meeting was 30 against one. But NATO officials said that they intended to listen and respond to Russian grievances and proposals.

They also planned to detail NATO complaints about Russia’s violations of previous agreements like the Conventional Forces in Europe treaty and the treaty governing intermediate-range nuclear missiles in Europe. Both pacts might be renegotiated to the benefit of both sides.

NATO officials emphasized that they wanted to keep the focus on Russia’s large and continuing military buildup surrounding Ukraine, rather than on Russian desires to force a renegotiation of the post-Cold War security architecture in Europe.

After Monday’s talks, Sergei A. Ryabkov, who led the Russian side, denied that Russia had any intention of a new military invasion of Ukraine. At the same time, Mr. Ryabkov warned that if the West did not agree to Russia’s demands to pull back NATO’s footprint in Eastern Europe and reject any future membership for Ukraine, it would face unspecified consequences that would put the “security of the whole European continent” at risk.

Before Wednesday’s meeting, Mr. Grushko told reporters that “the moment of truth in our relationship with the alliance is arriving,” according to Russian news agencies.

While Mr. Putin is most interested in the bilateral discussions with the United States and regards both NATO and the European Union as subservient to American desires and decisions, the Biden administration has received good marks from its allies and partners, including Ukraine, in trying to keep them briefed at every stage of the talks.