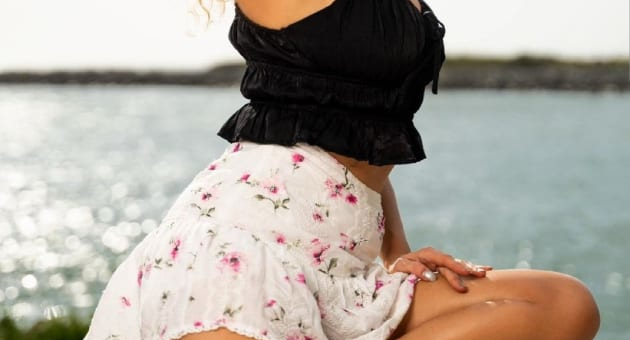 On the latest episode of 90 Day Fiance: Happily Ever After?, Natalie Mordovtseva ghosted Mike after her nose surgery.


Apparently, they had gotten into an argument the night before.


Some viewers sympathized with Mike’s confusion, while others wondered if there was more to the story.


Now, Natalie is basically saying that she treated Mike exactly as he deserved to be treated.


It is no secret that Natalie has had many reasons for which to feel unhappy.


Mike called off their wedding. They have had many unpleasant arguments.


There has been plenty of blame to go around … meaning that neither side really has a leg to stand on.


Natalie’s nose surgery, to remove polyps that were obstructing her breathing and sense of smell, seems to have gone well.


But her ghosting of Mike weirded out fans — even those who are already accustomed to her, well, being weird.


What was going through her mind at the time?


She advised her fans and followers that “the way you treat her, the same she responds.”


That certainly sounds like an announcement that Mike deserves whatever he gets, doesn’t it?


“Reliable as a rock, strong as a beast, kind as a father..” Natalie wrote in another post.


She asked: “What kind of woman wouldn’t want to have a man like this in her life?”


Channeling Freud, Natalie added: “We girls are looking for paternal patronage and protection in a man.”


“What kind of father would say rude things to his daughter?” Natalie asked.


“What kind of father will ignore when his girl cries and wants love?” she asked.


Fortunately, the gross Freudian analogies did not permeate through the entire post.


“When I am in a relationship, I am completely absorbed in it,” Natalie expressed.


“That is why indifference, inattention, and carelessness hurts me so much,” she wrote.


“And,” Natalie added with a dash of hyperbole, “betrayal can kill me.”


“That is why I feel good and at peace with God,” Natalie added.


“Prayer gives me a sense of security and endless love,” she wrote.


Natalie noted that this sense is “something I have been striving for all my life.”


“God will not betray me and I am his beloved child,” Natalie suggested.


“I sincerely believe that in this artificial, no-depth, surface world of consumption,” she described.


Natalie added: “in a world that, like a soulless machine, destroys all life in its way in search of novelty.”


Natalie believes that “there is no point in revealing oneself as a vulnerable and emotional person.”


“There are many like me, we are the people who spread harmony in our wake,” she alleged.


“For this reason, I do not seek to start a relationship, because in my personal story, everyone loses,” Natalie wrote.


“I do not know how to forgive and will always choose myself, and my peace of mind,” Natalie wrote relatably.


“But what is the point of starting anew? To make a relationship a competition?” she asked.


“I am very devoted to work, family, and my ideals,” Natalie affirmed. “I want the same from my man.”


“If I stop trusting him – the whole world that I can build for years and the house that I love so much collapses like a house of cards,” Natalie described.


“And looking at the pile of rubble of once was a happy home, I understand there is no point to remain in ruins,” she explained.


“There is nothing to build again,” Natalie lamented.


“It is essential for me to build honest and trusting relationships with no lies, and no ambiguity,” Natalie wrote.


“I openly disrespect people who cheat and lie,” she added.


Natalie concluded her post: “I want to feel loved and protected – I need these two aspects like air.”

No meeting or rally before and after prayers: Religious affairs ministry
2021-04-07