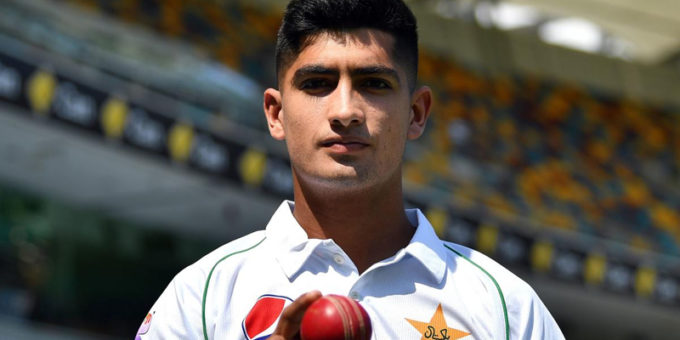 Young pacer Naseem
Shah has revealed that he developed interest in becoming a fast-bowler after
watching videos of Wasim Akram, Waqar Younis and Shoaib Akhtar.

Shah is one of the most highly-rated pacers in the country
and went on to debut for Pakistan during the tour of Australia in 2019 at the
age of just 16.

While talking to SAMAA, the Quetta Gladiators pacer revealed
that he used to copy Wasim, Waqar and Shoaib.

“I used to watch videos of Wasim, Waqar and Shoaib on YouTube,” he said. “I always have a hunger to be like them. I used to copy them while playing tap-ball cricket.”

Shah also went on to disclosed that his mother played a significant
role in becoming a professional cricketer.

“My mom used to lend me money to play cricket,” he said. “If
she didn’t give me money back then, I don’t think I would’ve ever become a
professional cricketer.”

Shah has represented Pakistan in nine Tests and 14 T20Is
where he claimed 30 wickets.