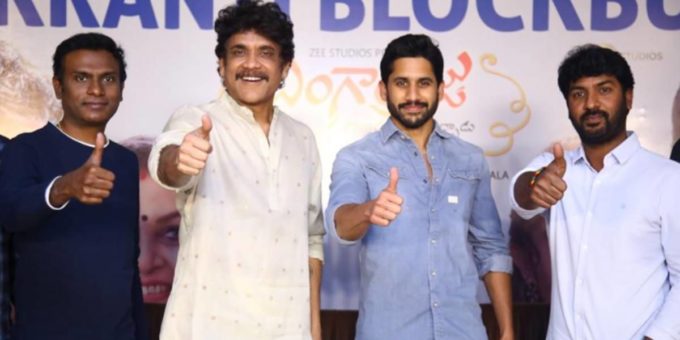 Nagarjuna Akkineni and Naga Chaitanya’s film Bangarraju is heading to ZEE5 after having a successful theatrical run. The film, which marked the second collaboration of the father-son duo, will release on the OTT platform on February 18.

Bangarraju released on Sankranti. While the audience lapped up the film, it received negative reviews. Indianexpress’ Manoj Kumar R called Bangarraju a ‘sorry excuse of a movie’.

A part of the review read, “For some time, we see Bangarraju with hordes of girls blindly cheering for him. It seems the whole village is devoted to caressing his ego and making him feel good at any cost. There is hardly a man or a woman who believes in the idea of self-respect. Such films propagate the problematic idea of women as a sort of valuable goods, which is acquired by men who are wealthy, good looking and blessed. The higher the number of girls dying to be with the man, the greater his value. The film adds more layer to its problematic understanding of what are desirable characteristics of a man when all the villagers huddle up and decide to keep the young girls in their family in control because they think Bangarraju is too sexy and girls in their family don’t have enough self-control to reject the advances of a man, who is an established flirt.”

Talking about working with his father Nagarjuna Akkineni, Naga Chaitanya told indianexpress.com, “When we were shooting for Manam, there was a little fear in me to act in front of my father. That work experience helped me to work more freely in Bangarraju.”

US urges Lebanon to resolve maritime border issue with Israel

Watch: How To Make Fruits And Vegetables Last Longer And Reduce Kitchen Waste
2020-03-23