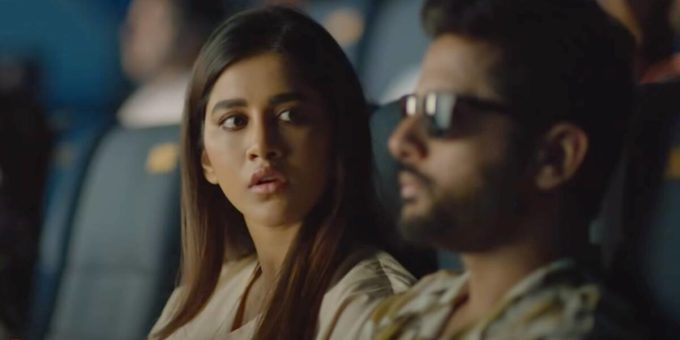 Actor Nabha Natesh says she approached her latest Telugu feature Maestro as a fresh film and didn’t succumb to the pressure of the black comedy thriller being a remake of the acclaimed Hindi film Andhadhun.

Natesh stars in the film as Sophie, a role played by Radhika Apte in the 2018 original movie, directed by Sriram Raghavan.

Maestro features actor Nithiin stepping into the shoes of Ayushmann Khurrana to play a blind piano player who unwittingly becomes embroiled in a murder.

In an interview with PTI, Natesh said she avoided falling into the trap of comparing how Apte had performed the role to retain freshness in her portrayal.

“I didn’t want to compare with what she had done in the original film. My take on the character was to (understand) the mindset of a person who falls in love with a visually impaired person.

“Sophie looks at him as someone so strong, who has a desire for life which is beyond his visual impairment. I thought my character should stand on the zeal of his character and build it accordingly,” she said.

Directed by Merlapaka Gandhi and produced by Shresht Movies, Maestro is currently streaming on Disney+ Hotstar. The film also stars Tamannaah Bhatia in the role originally essayed by Tabu in the National Award-winning Andhadhun.

Natesh said in her Telugu film career of three years and of nearly seven movies, Maestro was the first remake she worked in.
Though she had loved Andhadhun, the 25-year-old actor initially didn’t know how to “approach” the character. Consequently, she decided the first step would be to not revisit the 2018 film.

“The original film had made a huge impact. It proved that people will watch and support a film like Andhadhun if it’s well made. Bringing that content to Telugu, which may not have been seen before in the industry, was extremely exciting. My character is nothing like what I had done previously.

“But I thought if I watch the film again, I would get into a conflict. I followed what the director was asking me to do. I didn’t remember every single frame of the original film, so ‘Maestro’ was a fresh film for me once I went on sets to begin filming.”

Maestro also fit the bill of her experimenting with the choice of projects, she said.

“I constantly look forward to doing something different than what I have done before, to not be repetitive. It’s embedded in me because I have done theatre, where I was trained to do characters throughout. Whatever opportunities I have been offered, my attempt has been to do something new.

“Even if the role isn’t anything different, I try to play it in a way that my audience doesn’t feel they have seen me do this before. It’s probably the variations I offer or my attempt to not bore the audience with the same thing which may have worked for me and I wish to continue that going forward as well,” she added.

Inspiration4 in Space: What Life Is Like Aboard the SpaceX Dragon Capsule

Halle Berry to Halle Bailey on her Little Mermaid casting: Can’t wait to see what you do
2019-07-05