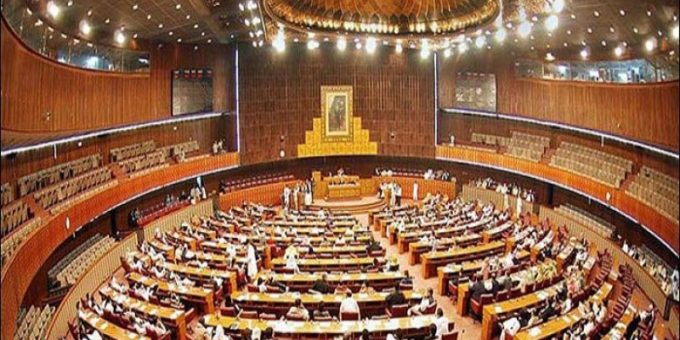 The Lower House has passed the amended Election Act, 2017 that was presented by Adviser to the Prime Minister on Parliamentary Affairs Dr Babar Awan.

The Election Act Amendment Bill, 2020 contains dozens of amended clauses aiming to bring electoral reforms regarding the voting right for overseas Pakistanis, the open ballot for Senate polls, use of electronic voting machines (EVMs) and other sections to ensure transparent and fair elections.

The bill had earlier sailed through the NA Standing Committee on Parliament Affairs chaired by Mujahid Ali, however, the opposition members gave their dissenting notes by calling it legislation in haste.

In a Twitter message, Dr Babar Awan has congratulated the overseas national for getting the right of voting after 73 years as the amended election bill has been passed by the National Assembly (NA) today.

He criticised that the opposition lawmakers have boycotted the voting for the amended electoral bill. Dr Awan added that the bill will be presented to the Senate to grant voting right for overseas Pakistanis.

Pakistan People’s Party (PPP) chairman Bilawal Bhutto Zardari blamed the federal government for seizing the opposition’s right to carry out debate on the legislation. He alleged that the election ‘rigging’ bill was forcedly passed from the lower house besides passing many other bills as well.

During the session, the opposition lawmakers walked out of the house and accused the chair of not appropriately running the National Assembly session. Qadir Patel announced to boycott the NA session and bringing a no-confidence motion against the chair of the house.

Roommate or tenant? The question is at the heart of Ontario rental dispute that led to viral video
2022-05-24