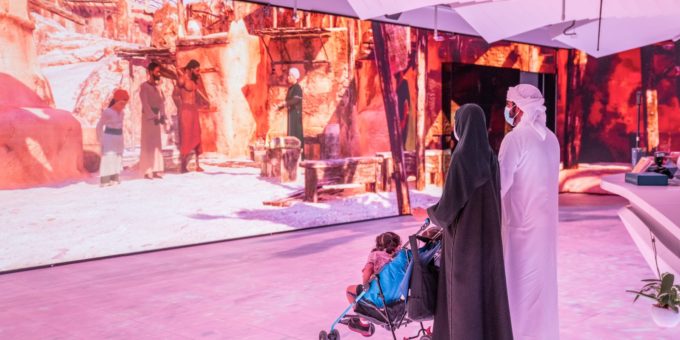 CAIRO: The Egyptian Minister of Trade and Industry, Nevin Gamea, said that her country’s Expo 2020 pavilion has become a major destination for visitors to the global event.


Since the opening of Expo 2020 Dubai in early October, the Egyptian pavilion has received about 220,000 visitors of various nationalities.


The minister said that the pavilion is popular as it presents to the public a miniature version of Egypt, with its natural, tourist, industrial, architectural and historical components, in an interesting trip of less than half an hour.


She said that the activities of Egypt’s National Day at its Expo pavilion at the end of October had a pivotal role in introducing visitors to the pavilion through cultural and folklore performances that conveyed the special qualities of the Egyptian character throughout history.


Gamea noted that the Egyptian pavilion has received many official visits and tours of high-ranking and public figures from different countries. Ahmed Maghawry, Head of Commercial Representation and General Commissioner for Egyptian participation in Expo 2020 Dubai, said that the pavilion received Saleh Al-Rasheed, Governor at the General Authority for Small and Medium Enterprises (Monsha’at) in Saudi Arabia, as well as eight tourism companies affiliated with the Colombian Ministry of Trade, Industry and Tourism.


Maghawry said the pavilion organizes activities and interactive discussions on the most important developments in various fields in Egypt.


Since the beginning of this month, the pavilion has hosted a symposium entitled “Education in Egypt from Kindergarten to the Labor Market,” one on the initiative for a decent life, another on the Suez Canal economic zone and sessions on investment opportunities in Port Said Governorate and in Upper Egypt. Further symposia covered the Human Development Report for Egypt 2021 and the companies affiliated with the Suez Canal Authority.

What is the human cost of climate crisis? The Weight of Water answers

A Raw Look Behind Palace Doors as Meghan and Harry Meet With Oprah: Highlights
2021-03-08