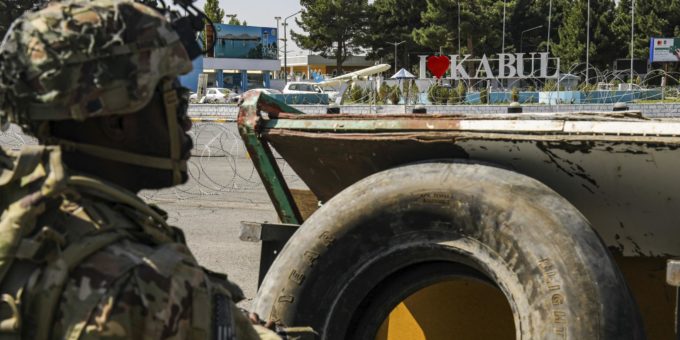 Over 150 Muslim scholars from across the world- including Morocco, Tunisia and Libya – have signed a statement denouncing the ‘War on Terror’ and calling for an immediate end to foreign wars and occupations.

The statement, published this weekend coincides with two decades to the day that George. W. Bush announced his authorisation of use of military force after 9/11, which paved the way for the occupation of Afghanistan and Iraq and the USA’s borderless ‘War on Terror’.

According to the statement by the scholars: “In 20 years, at least 800,000 Muslims have been killed, thousands have been imprisoned unlawfully and often tortured, 37 million people have been displaced. Muslim people everywhere are treated with suspicion and viewed as threats to the societies they live in.

“We extend our sympathy to the citizens of western countries who have had to suffer the social, economic and legal consequences of the disastrous decisions made by their leaders.

“We stand in solidarity with all oppressed people who fight for liberation from tyranny and welcome the victory of the Afghan people against their occupiers. We offer our condolences to all those that have died as a result of these wars.”

Across the world, Governments have co-opted the ‘War on Terror’ rhetoric for their own political goals whether by the Chinese against the Uyghur Muslims or by the Russians. Addressing this, the Scholars call for an end to all arbitrary and emergency powers which permit the violation of basic rights and legitimise torture and degrading treatment.

The statement calls for western leaders to replace their policy of war and animosity against Muslim people with one of respect and mutual cooperation.

They also want for Muslim minorities to be able to live a dignified life according to their faith, independent from government interference, and attempts to distort their beliefs and identity.

Commenting on the statement, CAGE Managing Director Muhammad Rabbani said: “It can be argued that it was September 18th, and not September 11th, that changed the world. Apart from Barbara Lee, every single member of the US congress supported this resolution which subsequently led to illegal invasions, war crimes, torture sites, targeted assassination programmes and mass curtailment of civil liberties across the world.

“It is therefore a poignant moment for Muslim scholars across the world to come together to strongly demand an end to the ‘War on Terror’ and call for accountability for all those who were responsible for its crimes. The international scope of the signatories demonstrates the global scholarly agreement on this issue.”

Everything You Need To Know About Upcoming Drama Serial “Dobara”