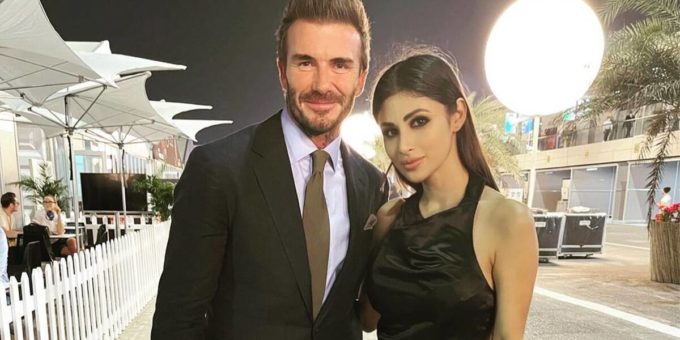 TV and film actor Mouni Roy has shared a photo of herself with former English footballer on Instagram. While in the photo, she seems calm, her delirious excitement showed in the caption. “What just happened !?!?🤩🤩🤩🤩” she wrote.

Although he has retired from the sport itself, Beckham retains his celebrity status.

Beckham began his career with the iconic association football club Manchester United in 1992. He and the other young footballers in the team — Nicky Butt, Ryan Giggs, Gary Neville, Phil Neville, and Paul Scholes — were dubbed the class of 92 and led the team to incredible success.

With United, Beckham won the English Premier League six times. He is considered one of his generation’s best players of the game.

Roy is best known for her work in shows like Kyunki Saas Bhi Kabhi Bahu Thi, Naagin, Do Saheliyaan and movies like Gold, K.G.F: Chapter 1, and Romeo Akbar Walter.

She was last seen in the 2020 ZEE5 movie London Confidential. This year, she has appeared in a number of music videos like “Patli Kamariya”, “Baithe Baithe”, “Disco Balma “, among others.

Common mistakes we make in relationships, according to psychologists
2020-11-29