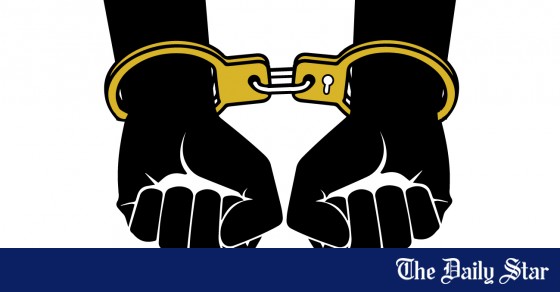 Police have arrested three persons, including a mother and daughter, in a rape case at Madhukhali Upazila of Faridpur.

The arrestees are Rozina, her mother Parul Aktar and one Zakirul Haque.

Last night, the victim’s father filed a case against the trio and accused several other anonymous people of human trafficking and rape.

The victim recently came to her father’s home at Madhukhali from her husband’s village. On Sunday, her friend Rozina came to visit her.

After an argument with the victim, Rozina with her mother and some men abducted her that afternoon.

The victim said they took her to different places, drugged her and had her raped several times.

They dropped her in front of her father’s home yesterday morning after her condition deteriorated.

Her father said the victim’s condition has improved. She is currently being treated at hospital.

Madhukhali Police Station’s Officer-in-Charge Rathindra Nath Tarafdar said Zakirul was arrested in a drive last night after the arrest of Rozina and Parul.

OC Rathindra Nath said the court had sent the three accused to jail. The other accused will be arrested after getting the victim’s statement.