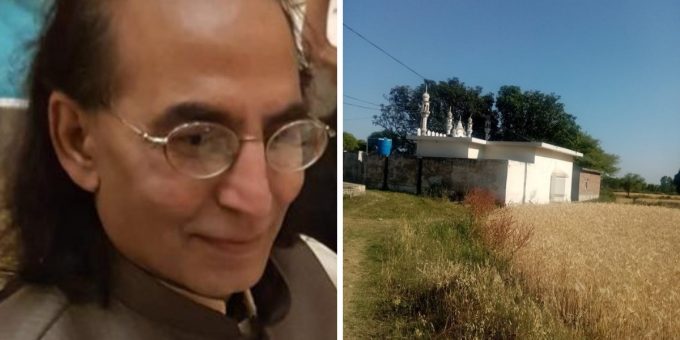 Thousands of pounds has been raised to help refurbish a mosque in Pakistan in memory of a father-of-seven who has been described as a “pillar of strength”.

Mohammed Akhtar, who was well-known within Watford for his charitable work and kindness, died on April 11 at the age of 62.

Mr Akhtar, fondly referred to as ‘Bhutto’ by those close to him, lived in North Watford but was also a stalwart within the West Watford community.

He was a butcher and also ran Zeb’s Superstore in Whippendell Road and his daughter Nadiya says you could not walk ten feet with her father without someone recognising him.

Family and friends have described Mr Akhtar as “full of life”, and just last week, Nadiya says one person described her father as “colourful and a bundle of energy”.

Paying tribute to her father on behalf of her siblings, Nadiya said: “Since his passing, as a family, although we’ve been inundated with love and condolences from the community in Watford and internationally, people have looked to us for comfort.

“People would often go to my father and seek help and he would never bat an eyelid. And he would never speak about it either. The amazing stories we are hearing now are a drop in the ocean in comparison to all the charitable work he did in silence.

“As a family man, my father was a pillar of strength. He was not only our dad but our best friend. I could talk to him about anything.”

One of the last things Mr Akhtar told his daughter before he died was that he wanted to renovate a mosque in the village where he was born.

Nearly £15,000 has been raised via a Go Fund Me page to renovate a mosque in Nala Musalmana, Pakistan, and funds will also be used to provide running water in an area for funeral prayers that is being built in the village.

The family say they have been taken aback by the donations in honour of Mr Akhtar, who was a member of North Watford mosque, and father-of-seven and grandfather of 19.

He was also a huge football fanatic and was scouted by both Watford and Wimbledon but decided to focus on raising a family.

Nadiya said: “My father came over to England when he was nine but all of his childhood memories are in Pakistan. He has always felt very connected to Pakistan, especially after losing his mother quite young.”

Any funds leftover will be used to help renovate another mosque in Pakistan.

The fundraising page can be found here.

How to pull off a pandemic birthday: One canoe, five stops along False Creek and several gifts from afar