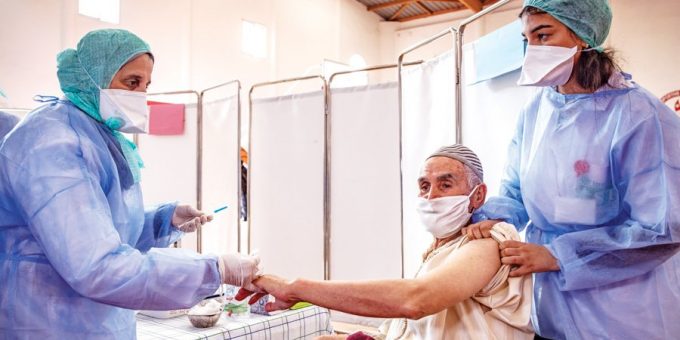 ANKARA: Following a meeting Thursday, the EU leaders decided to work for the modernization of the Customs Union with Turkey, but urged Ankara to abstain “from renewed provocations or unilateral actions in breach of international law” for not facing any new sanctions.

However, experts note that the EU’s economic incentives do not give Turkey a “blank check” for its regional policies and offer instead a “phased and conditional” plan to mend often-fraught ties.

The EU leaders, by remaining cautious, will also review progress in June regarding Turkey’s activities in the eastern Mediterranean to ensure that recent signs of de-escalation remain sustainable and consistent.

If Ankara builds tension, specific measures targeting the Turkish tourism sector could be taken into consideration by the EU.

Last year, the European leaders threatened sanctions on Ankara over the disagreements about maritime jurisdiction in the eastern Mediterranean. But they halted plans after a more conciliatory approach from Ankara by pulling back its Oruc Reis drilling ship from gas exploration activities in the contested waters and re-engaging in talks with Greece over disputed maritime borders.

The EU also expressed concern about the deterioration of fundamental rights and the rule of law in Turkey.

The withdrawal from the 2011 Istanbul Convention, which protects women from violence, with an overnight presidential decree along with the Turkish government’s recent plans to ban pro-Kurdish Peoples’ Democratic Party (HDP) drew EU’s anger.

As part of the Bogazici University protests, some 75 university students were taken into custody after the intervention of riot police to the campus and then to the Istanbul courthouse on Thursday and Friday, which coincided with the same dates of the EU Council meeting.

“Dialogue on such issues remains an integral part of the EU-Turkey relationship,” EU leaders said.

However, Ankara criticized the EU for violating international law by calling Turkish operations in the eastern Mediterranean illegal.

“We hope that linking these steps to conditions in the summit statement, addressing only certain areas and postponing them to June will not lead to the loss of the positive momentum that has been captured,” the Turkish Foreign Ministry (MFA) said in a written statement.

Madalina Sisu Vicari, an independent expert on energy geopolitics, thinks that the EU leaders emphasized the “reversible” character of the European engagement.

“It is rather unusual to tie EU’s future engagements with Turkey from Customs Union to visa liberalization to Turkey’s refrain from its drilling activities,” she told Arab News.

Vicari underlines that two principal conditionality tools are attached to the EU’s engagement with Turkey on Customs Union modernization: high-level dialogue in areas of common interest and eventual visa liberalization.

“The EU will approach its engagement in a phased, proportionate and reversible manner,” she said.

“That means that if by June, when the EU leaders should further decide, the conditionalities would not be considered, then the EU could reverse the eventual advancements on the relation with Turkey.”

In the meantime, the UN-led peace efforts for divided EU member state Cyprus are set to begin next month.

Moreover, for some experts, the revision of the Customs Union with Turkey will require tacit recognition of Cyprus by Ankara as the EU will require opening its ports and airports to ships and planes originating from southern Cyprus.

The EU is also expected to engage in high-level political dialogue on security issues and mobility with Turkey in June.

“But, the regional security, stemming the flow of migrants mainly from Syria, and geopolitical aspects in the eastern Mediterranean are much more pre-eminent now in the eyes of the EU leaders than democratic backsliding in Turkey,” Vicari said.

According to Karol Wasilewski, an analyst at the Polish Institute of International Affairs in Warsaw, the wording of the summit conclusions suggest that the EU has managed to remain united behind policy toward Turkey and the stick-and-carrot approach.

“Thus, the EU clearly tries to regain its leverage over Turkey,” he told Arab News.

Wasilewski thinks Ankara is aware of the pattern, although it seems it was taken aback by the wording of conclusions and the MFA statement.

“The Turks seem to suggest to the EU that they want to compartmentalize the relationship by focusing on a positive agenda rather than on democratic backsliding,” he said.

Wasilewski expects this misunderstanding, when it comes to the way forward, will remain an important point of disagreement.

Although during the past weeks, the European leader surprised many observers with their positive approach towards Turkey despite its actions aimed at the HDP. While some suggest this is clear proof that the EU has lost interest in Ankara’s democratic backsliding, Wasilewski suggests otherwise.

“Turkey’s drift away from democracy will always constitute a political cost for most European leaders, and thus the dilemma on how to respond to this will prevail,” he said.

Covid-19 Live News: The Latest on Vaccines, Variants and Cases