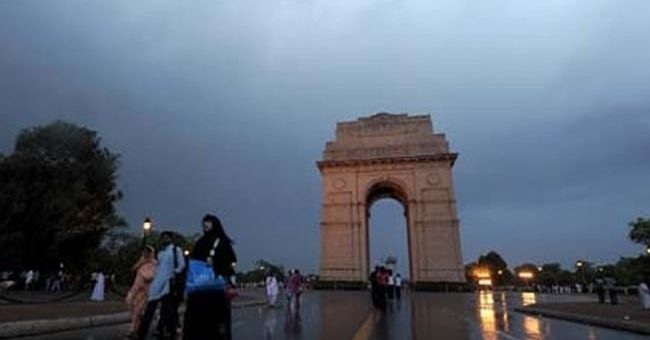 The southwest monsoon is likely to reach Delhi in the next 48 hours – almost two weeks ahead of schedule, having already advanced into parts of Uttar Pradesh, Uttarakhand, Jammu and Kashmir, Ladakh, Haryana, Chandigarh and Punjab today, the India Meteorological Department (IMD) said Friday.

Monsoon is likely to bring thunderstorm and heavy rain to most parts Delhi and Haryana today, the weather office predicted.

Monsoon has already entered in parts of Gujarat, Madhya Pradesh, Bengal, Himachal Pradesh and Chhattisgarh, bringing rain in many parts of the states.

Monsoon has also advanced into the remaining parts of Northwest Bay of Bengal, parts of Odisha, most parts of West Bengal, and some parts of Jharkhand and Bihar.

Experts say a low-pressure area that has formed in the northwest part of the Bay of Bengal – in an area adjoining the Odisha and Gangetic Bengal coasts – may have speeded up the monsoon.

Heavy rains lashed Mumbai just days ago when the monsoon arrived a day earlier than schedule, causing roads and markets to be flooded and subways closed. Trains and buses were also affected.

The monsoon reached India slightly later than normal – it arrived in Kerala on June 3, two days later than usual – but has raced across the country since then.

Qualifier 2, KKR vs DC: Brian Lara Feels The Form Of Kagiso Rabada Will Be Crucial For Delhi Capitals Against Kolkata Knight Riders
2021-10-13

Petrol Rates Unchanged Across All Metros, Diesel Slashed By 20 Paise In Delhi
2021-03-27