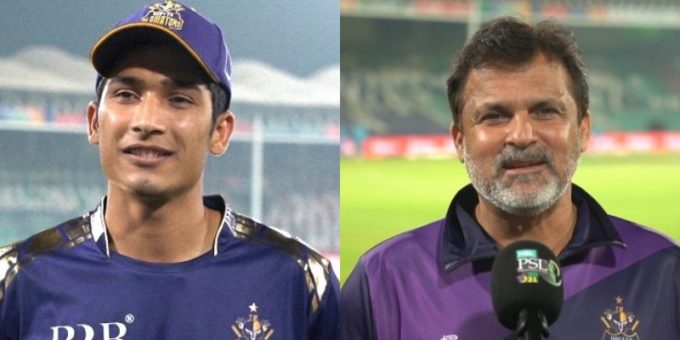 Quetta Gladiators Head Coach Moin Khan has opened up about pacer Mohammad Hasnain’s availability for the upcoming season seven of the Pakistan Super League, after the latter’s bowling action was reported by the umpires in the Big Bash League.

“Sometimes
these things are done to bring players under pressure. He [Hasnain] has been playing
all over the world for the past five to six years and no such thing was
reported,” said Moin on Samaa TV’s show Game Set Match.

“Maybe, he
tried to change his action to improve his bowling which resulted in this
problem,” he added. “Otherwise, I think he is a very fair action bowler and I don’t
think it will affect his participation for Quetta Gladiators in PSL this
season.”

It must be
noted that Hasnain was accused of chucking during Big Bash League (BBL) match
against Sydney Sixers on January 15.

The incident
occurred during the first innings of the match, after Sixers’ captain Moises
Henriques failed to connect when Hasnain bowled a bouncer. Words were exchanged
between the duo, with Henriques telling Hasnain “nice throw, mate”.

It could
take up to 14 days before the result of the test comes out, which means that
Hasnain’s participation in the opening games of PSL will not be affected. However,
if his action is illegal, Hasnain will be suspended from bowling in international
cricket and domestic events around the world until he rectifies his action.

Tele-Poll Was My Idea, Says AAP’s Choice For Punjab

Ram Madhav Says Pakistan Not Only Problem Of India, It Has Become Global Challenge
2019-10-21