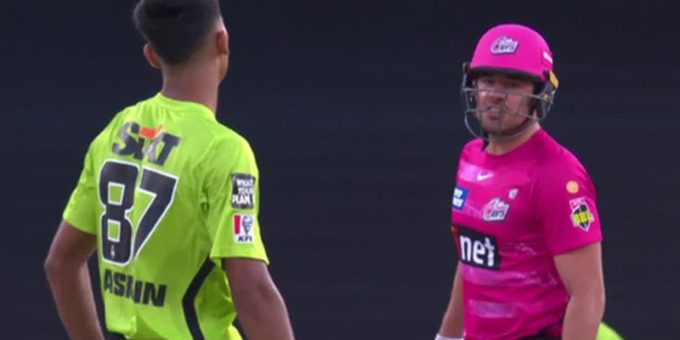 Pacer was unable to pick up any wicket in the match

The incident occurred during the first innings of the match, after Sixers’ captain Moises Henriques failed to connect when Hasnain bowled a bouncer. Words were exchanged between the duo, with Henriques telling Hasnain “nice throw, mate”.

Things got heated in the middle of the Sydney Smash! 😳 #BBL11

According to the ICC rules and regulations, an illegal bowling action is where a player is throwing rather than bowling the ball. This is defined by the ICC as being where the player’s elbow extends by an amount of more than 15 degrees between their arm reaching the horizontal and the ball being released.

Hasnain was unable to pick up any wicket in the match, while conceding 22 runs in his full quota of four overs.

Sixers won
the match in comprehensive fashion by 60 runs.

Hasnain has
been impressive in his BBL stint for Thunder, so far, with seven wickets in
five games at an economy rate of 6 runs per over.

Ban On Political Rallies Amid Pandemic Likely To Be Extended: Sources