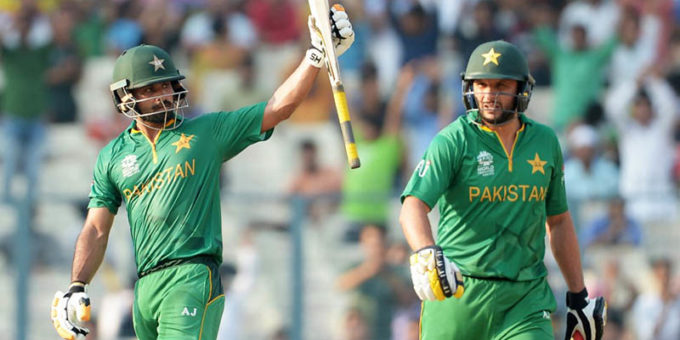 Hafeez has
reiterated that he was under no pressure with regards to his retirement
decision.

“The decision
to end my career was a personal one and I’m so happy with my career,” said
Hafeez while talking to Cricket Pakistan. “I represented Pakistan with
integrity and no indiscipline is attached with my career, which I’m always proud
of.”

“It [statement
by Afridi] can only be a personal opinion as I’m satisfied with my career,” he added.

Earlier, while
speaking on Samaa TV’s show Game Set Match, Afridi had claimed that there was a
communication gap between the Pakistan Cricket Board (PCB) and the players
while shedding light on Hafeez’s retirement.

“I was
listening to his [Hafeez] statement and it was clear from his body language
that he wanted to play more cricket for Pakistan rather than leaving early,”
said Afridi.

“I always
talk about communication gap between the PCB and players and I have a strong
feeling that the same was the case with Hafeez. Although, it was good to see
that he didn’t turn that into a major issue,” he added.

Hafeez
announced his retirement from international cricket, recently, ending an
18-year career that included a 12-month ban from bowling because of a suspect
action.

The
41-year-old last played for his country at the Twenty20 World Cup in the United
Arab Emirates in October-November last year when Pakistan lost in the
semi-final to eventual champions Australia.

“Will Ask People Of Azamgarh,” Says Akhilesh Yadav Amid Buzz On Fighting Polls