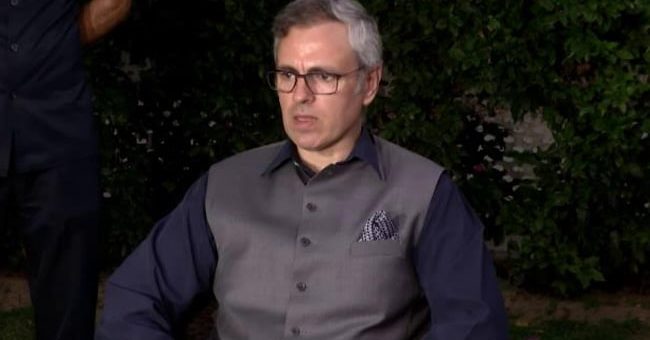 Omar Abdullah said “this was not the India” to which Jammu and Kashmir had acceded.

National Conference vice president Omar Abdullah on Sunday condemned Haryana Chief Minister Manohar Lal Khattar’s remarks that offering “Namaz” in open spaces will not be tolerated, saying the decision was wrong and it clearly meant that one particular religion was being targeted.

He said there is total freedom to practice one’s religion in the country.

“The Haryana CM’s statement and his decision is totally wrong,” Mr Abdullah told reporters after a party function in Kashmir’s Anantnag district.

“I would have accepted it had this ban been on every religion, but by this pick and choose, it is clear that the target is one particular religion which is not allowed by the Constitution of this country,” he added.

Mr Abdullah said “this was not the India” to which Jammu and Kashmir had acceded.

“J-K had acceded to a secular, tolerant India,” he said, adding, “this (Khattar”s) statement is highly condemnable”.

Asked whether the People’s Alliance for Gupkar Declaration (PAGD) — the amalgam of six mainstream political parties seeking the restoration of the special status of Jammu and Kashmir which was revoked by the Centre on August 5, 2019 — was united, Abdullah said, “It was united and will continue its struggle”.

“The fight will continue. If there is a need to bring some changes in that, we will do that. There are no second thoughts that our rulers do not like the PAGD. There were attempts before as well to weaken the PAGD. One of our colleagues was separated from the PAGD on one pretext or the other,” he said, referring to Sajad Lone-led People’s Conference parting ways with the alliance earlier this year.

He, however, said the rest of the constituents of the PAGD “understand these designs” and “will not allow them to succeed”.

On Video, Dalit Man In Bihar’s Aurangabad Made To Do Sit-Ups, Lick Spit

Leaked video case: missing girls could not be recovered yet in quetta