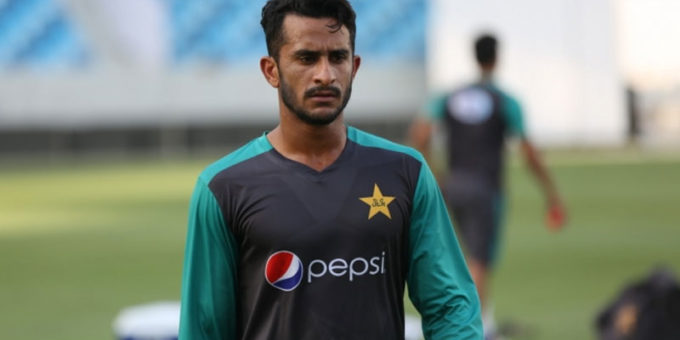 In a shocking development earlier this month, the duo stepped down from their posts leaving Pakistan cricket in chaos. However, Former spinner Saqlain Mushtaq and all-rounder Abdul Razzaq replaced them as interim coaches for the upcoming home series against New Zealand and England.

“Honestly, it was a bit disappointing [Misbah and Waqar’s departure] for me because the [T20] World Cup is just around the corner,” said Hasan while speaking to reporters.

According to him such a change should not have happened at this time.

“As a player this is not my domain as the decision to change team management lies with the PCB,” he added.

He also opened up about the influence Waqar has had on his cricketing career. “He [Waqar] is my role model. I pursued bowling as a profession after watching him bowl,” he said.

“I admire him so much and I felt honoured and grateful working with him.”

Commenting on the upcoming Pakistan-India match at the T20 World Cup, he said that the team is confident to repeat the Champions Trophy-winning performance in the tournament’s opener.

“We will try to repeat the same performance again,” he said. “It is a pressure game and it is the most watched game across the globe. We will try to win it any way possible.”

Moreover, he was off the view that the Pakistan are fully aware of the conditions in the United Arab Emirates, which will give them slight edge over the opponents.

“Conditions in UAE are dry, we are aware of that, he said. “Every team have two to three spinners in their squads, which is a clear indication that spinners dominate there.

“We have played a lot of cricket there and we know how to play there. We have our goals set as fast-bowlers that how we have to bowl in those conditions and help the team win.”

Manoj Bajpayee feels that news channels are not highlighting the plight of migrants : Bollywood News
2020-09-28