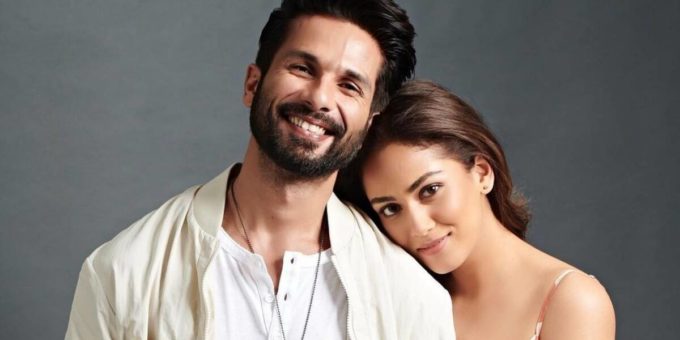 Shahid Kapoor’s wife Mira Kapoor launched her YouTube channel last month. Now, she has released a video titled Get to Know the Real Me, in which she answered some frequently asked questions. From revealing her favourite song featuring Shahid to the place she wants to visit, Mira kept her fans engaged with her answers.

In the video, Mira revealed that being on a flight with Shahid is special. She said, “That’s the one time we get to really chat without phones, any signal, text messages or disturbance… That one time when our time is each other’s.” And, if she is travelling alone, Mira likes to read a book and listen to music.

Responding to a question about her favourite Shahid song, she said, “It’s ‘Bismil’ from Haider. I love that it’s meta-theatre and it’s one of my favourite songs. I keep telling him, please do this again on a show. I think it’s very, very underrated, and it gives me goosebumps every time I watch the video and listen to the song.”

Mira also revealed that she has never been to Kashmir and wants to visit. She also spoke at length about her love for jewellery, and her desire to learn Urdu. Like many kids who grew up in Delhi, her favourite childhood memory is visiting India Gate and blowing bubbles of liquid soap.

During the video, Mira was also asked to define ‘home’ for her two children, Misha and Zain. She said, “I want home to be a safe place for them, where they can be themselves. I want them to feel at home with us, wherever we are.”

Lastly, when she was asked about her favourite cuisine, Mira refused to give an answer. “It’s a very, very wrong question to ask because I am a major foodie.” She also refused to reveal her cringe binge show and signed off, saying, “We are getting too deep.”

The video received a lot of love from her fans, and many of them called Mira “cute and humble”. One fan commented on her video, “Thankyou for keeping it real!!! Very few people keep it real & you’re one of them. As shahid says keep it real & make it count..you’re surely doing it.🥰” Another added, “She has such a humble personality..”

Salman Khan’s documentary Beyond The Star will present rare footage on the superstar : Bollywood News

Evelyn Sharma reacts to getting trolled for breastfeeding pictures: ‘Why be shy?’
2022-01-25

Sonu Nigam questions Tripura DM who disrupted wedding: ‘How dare you speak to people like this?’
2021-04-29