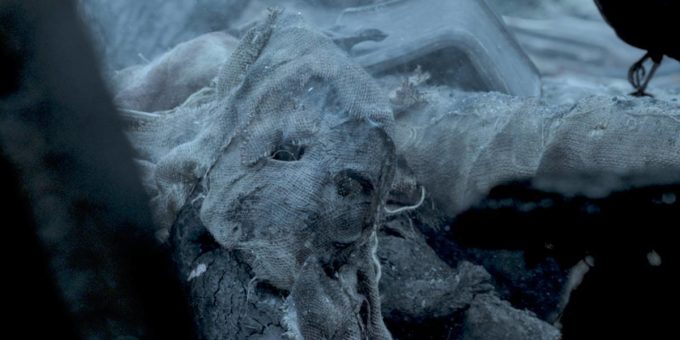 Netflix on Wednesday released a new trailer of its upcoming Malayalam offering Minnal Murali. The teasers and trailers that were released earlier made us believe that this film was a light-hearted superhero movie full of sunshine and rainbows. But the latest trailer turns our expectations of the film on its head.

The new trailer sets a dark and ominous tone for the movie as it introduces Minnal Murali’s first daunting task as a superhero: save his village from imminent destruction. While we don’t see the villain, we get a sense of the trail of destruction he leaves behind. It seems as though the entire village gets set on fire, causing ordinary people to wail and cry in pain.

“I am delighted and overjoyed with the response to the trailer. In order to keep our fans guessing, we decided on sharing a sneak peek of what is to come, through this bonus trailer. Our endeavour is to give the audience a good movie and to entertain them through the film. With the bonus trailer, we hope the audience are intrigued and are as excited about watching the film as we are to show it to them,” said Minnal Murali director Basil Joseph.

Producer Sophia Paul of Weekend Blockbusters added, “Our goal was to make Minnal Murali a well-rounded film and a family entertainer with something for everyone. Along with the story, it is the amazing cast who have all delivered surreal performances and the crew whose efforts will make people want to watch the film again and again.”

Minnal Murali stars Tovino Thomas, Guru Somasundaram, Harisree, Ashokan, Aju Varghese among others. The film is set to premiere on Netflix on December 24, 2021.

Prithviraj to direct and act in Hindi web series inspired by the life of Biscuit King- Rajan Pillai : Bollywood News