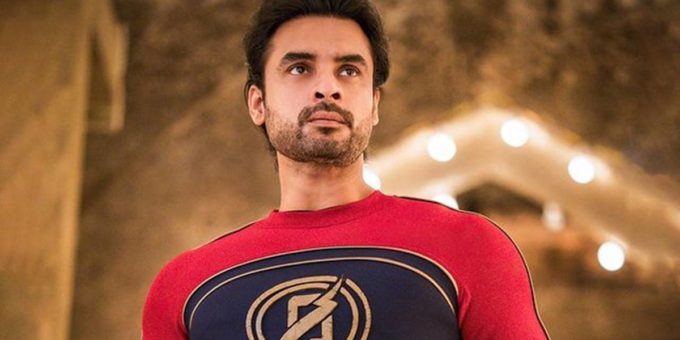 The much-acclaimed Minnal Murali is gaining love and appreciation from all quarters. Starring Tovino Thomas in the titular role, the Netflix superhero film has been directed by Basil Joseph. On Thursday, the streaming platform released a making-of video, in which the team gave an insight into the production of the film.

The video started with Basil Joseph recalling how he first imagined a ‘lungi and shirt-clad village superhero’. Producer Sophia Paul revealed that her sons Cedin and Kevin are huge superhero fans. She went on to say that they are the project designers for the movie. Paul further shared that when her children heard about the idea, they encouraged her to produce it. “They said it’s good. A Malayali superhero concept would be great. They told me,” the proud mother said.

Sophia Paul also said that making a film like this required a great team. The producer and director also talked about the costumes, the action, the VFX and the drama in the film. Writer Arun Anirudhan said that Minnal Murali is more than a superhero film. “It deals with human emotions. The superhero element is just the x-factor.”

Actor Tovino Thomas spoke about shooting the action-sequences and how he would be left ‘frothing in the mouth’ after back-to-back retakes. However, seeing the end product, he realised how their hard work paid off. Lastly, young actor Vashisht Umesh, who plays Josemon in the film, said, “Basil uncle is an amazing director. He explained everything to me. However, if I didn’t get it, he would tell me ‘give me your costume and sit here. I will go and act’,” he shared with a laugh.