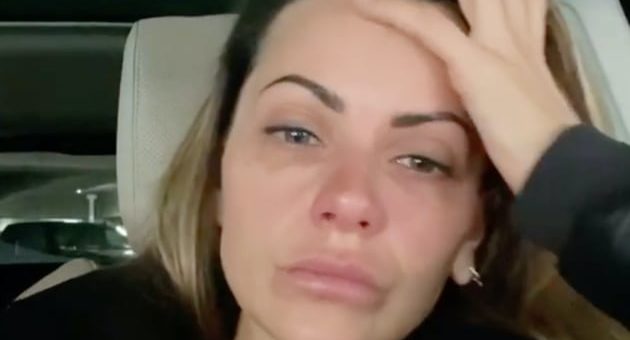 
The former Bachelor suitor and Bachelor in Paradise contestant is in the news right now for the most unfortunate of reasons:


Her 15-year old daughter, Brielle, has been hospitalized due to a serious skateboarding accident on Sunday.


After revealing on Tuesday that the teenager was in “stable condition” one day after surgery, Money opened up in an emotional post on Wednesday about wanting to be a “parent first” and “friend second” going forward.


She also noted how her custody arrangement with ex Ryan Money has affected the way she has approached motherhood.


“I’m feeling mad and disappointed in myself today,” the former ABC star captioned her video, filmed aken from inside a car.


“I know it’s not helpful in this situation but it’s where I’m at. Raising Brielle as a single mom with 50/50 custody has made it difficult to ever want to argue with her. I only get her half of the week.”


Money previously begged parents to force their kids to wear helmets while skateboarding or bike riding or going on a scooter.


She delved deeper into that topic in this video as well.


“I’ve made being her friend more important than being her mom,” Money said.


“I regret a lot of things today. I hope this can be a strong reminder to make it your job to parent first. They will love you eventually. Keep them safe first. In all aspects.


In this heartbreaking five minutes of footage, Money starts by confessing to feeling like she has been “such a pushover” and “so lenient” in her parenting style, something it has taken a tragedy for her to realize.


“We can’t afford to be ‘friends first’ with our children in this world,” she said, continuing and crying:


‘We just can’t … our kids need parents who are responsible.


“Who know what’s best for them. I pick my battles with her and I know she’s a teenager, but I wish so bad that I wasn’t so desperate for her to love me.


“I wish that I could see how important it is for her to possibly hate me until she turns 18 years old and can make her own decisions.”


The candid video earned Money plenty of support and sympathy from others in Bachelor Nation.


“Thank you for sharing this!” wrote Desiree Hartsock Siegfried.


“Even with just little ones it’s a great reminder for as they get older and I’m so sorry you are going through this right now. Thinking of you today xoxo.”


Money previously called it this accident the “worst experience” of her life and asked for prayers. These emotional words accompanied a photo of Brielle in her hospital bed:


Another good day in the books. It has officially been 72 hours. (Longest hours of my life).


Hopefully we have hit the peak in her swelling and can start working her off some of these meds tomorrow evening to see if she can manage the pressure on her own.


Thank you from the bottom of my heart to the AMAZING nurses and doctors and technicians and therapists and staff and volunteers and ALL OF YOU!! THANK YOU FOREVER!!!